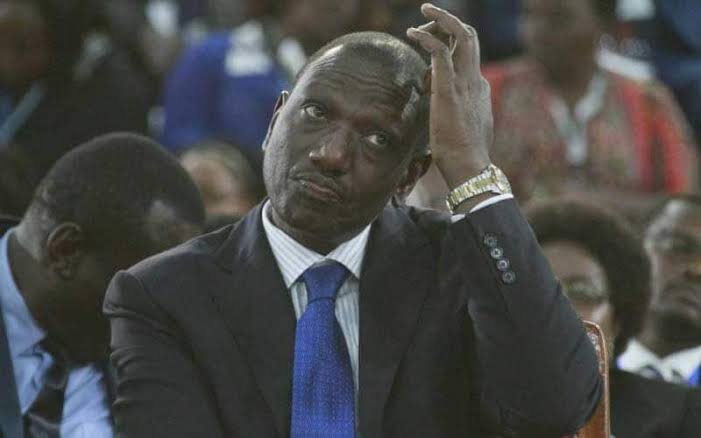 New details have emerged on Deputy President William Ruto’s recent trip out of the country where he was said to have gone to Dubai for an unspecified mission.

According to Kieni member of parliament, the second in command might have gone to Milan Italy for two days before appearing in Dubai, UAE.

The vocal Jubilee MP took to Facebook and asked the DP to confirm or deny he sneaked into Milan.

“Can the Deputy President confirm or deny that he ‘sneaked out of Dubai for Milan Italy for 2 days’ for undisclosed business?? Details to follow! You will thank me later,” Kanini wrote. 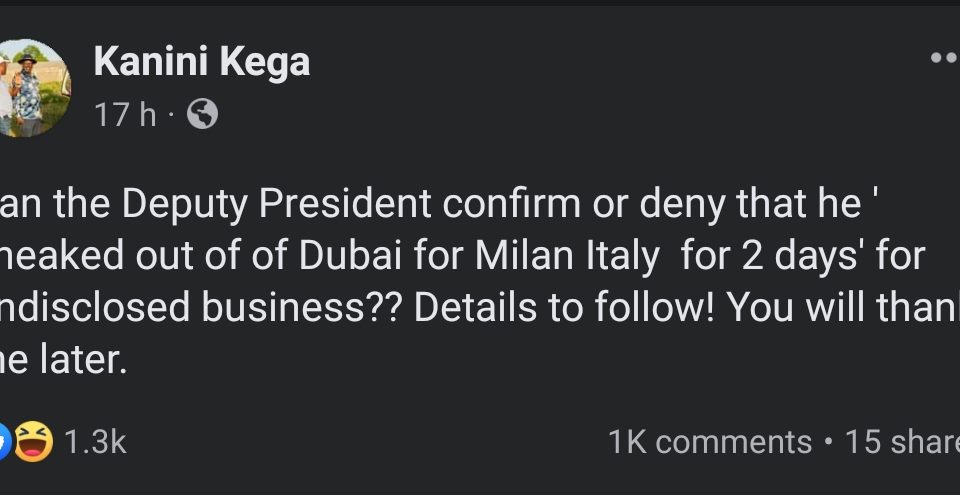 Kanini made the unfounded charges just one day after Ruto returned to Kenya from a trip to Dubai.

DP Ruto paid a visit to Gatundu South MP Moses Kuria, who is having treatment in Dubai. The Dp was accompanied by Kapseret member of parliament Oscar Sudi. 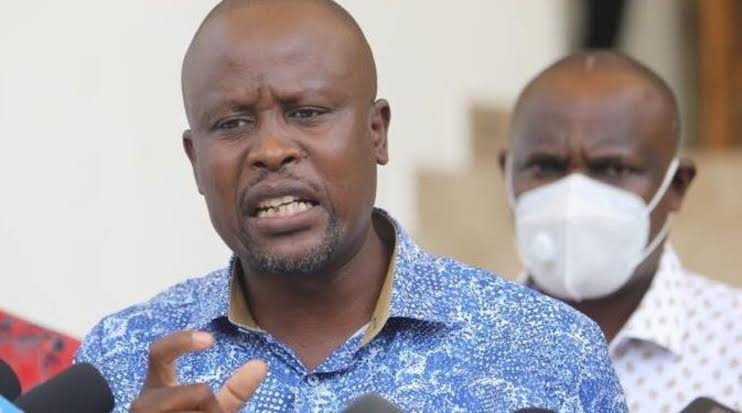 The new development comes barely 5 months after the DP was blocked from going to Uganda where Turkish international Harun Aydin who was later deported out of the country accompanied him.

Here are some of the comments by netizens over the matter.

George Kihwanga: I believe DP is state property any movement he makes is monitored by the government agencies for his security. So the government was aware nothing to worry about.

Abdulahi Dido: This man call Ruto the next opposition leader is dangerous to all Kenyans God protect us.

Kenrobert Sonne: This shows how Ruto will beat these fools very early in the morning, you failed to detect earthquake at nomas,now you are lamenting this man was in Italy without you knowing,Bure kabisa.

Thadius Obara: We are also aware that he changed tactics of conning other nations using his office after being blasted in fake arms deal and the turkish equity saga…hizo biz zake tunajua