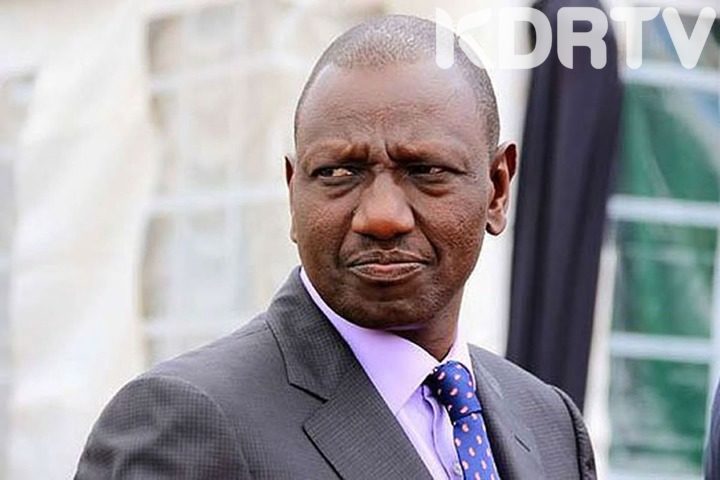 Deputy President William Ruto is one of the few Kenyan politicians who have grown into the national limelight without their parents being known.

He was born in 1966 to Daniel and Sarah Cheruiyot in the Sambut Village in Kamagut, Uasin Gishu County. He attended Kerotet Primary School before transferring to Wareng Secondary School for his standard studies. Then, he attended Kapsabet Boys High School for his A-level schooling. DP Ruto attended the University of Nairobi and earned a Bachelor of Science in Botany and Zoology in 1991. He also holds a doctorate in plant ecology.

Ruto’s father, Mzee Cheruiyot, passed away back in 2008 when Ruto was the Eldoret North MP.

Daniel is barely known by Kenyans and little information can be traced online. He was however a successful farmer in Uasin Gishu but passed away in 2008 leaving 7 children behind with William Ruto being the most famous and successful one.

In a past interview, the late Mzee Jackson Kibor who was a close ally of Ruto’s father said that Daniel was a largescale farmer who used to supply maize  National Cereals and Produce Board (NCPB) and also supplied milk to KCC.

” Ruto’s father a native of Belgut constituency in Kericho county ventured into Uasin Gishu to practice large-scale farming. Ruto was not a hustler, selling chicken was just a pass time for most Nandi young boys who were allowed to rear chicken as parents never value birds, rearing chicken was left to young boys and mothers (women) as a hobby and not for economic value back in the 1970s and 80s” Mzee Kibor said in a past interview.

William Ruto Mother in an interview with Daily nation said Mzee Cheruiyot made sure the family conducted prayers every 4.00 am especially during the 2007 general elections that was marred with violence.

Daniel Cheruiyot was laid to rest in 2008 at his Kamagut village where thousands of people and more than 40 MPs at the time attended the event.