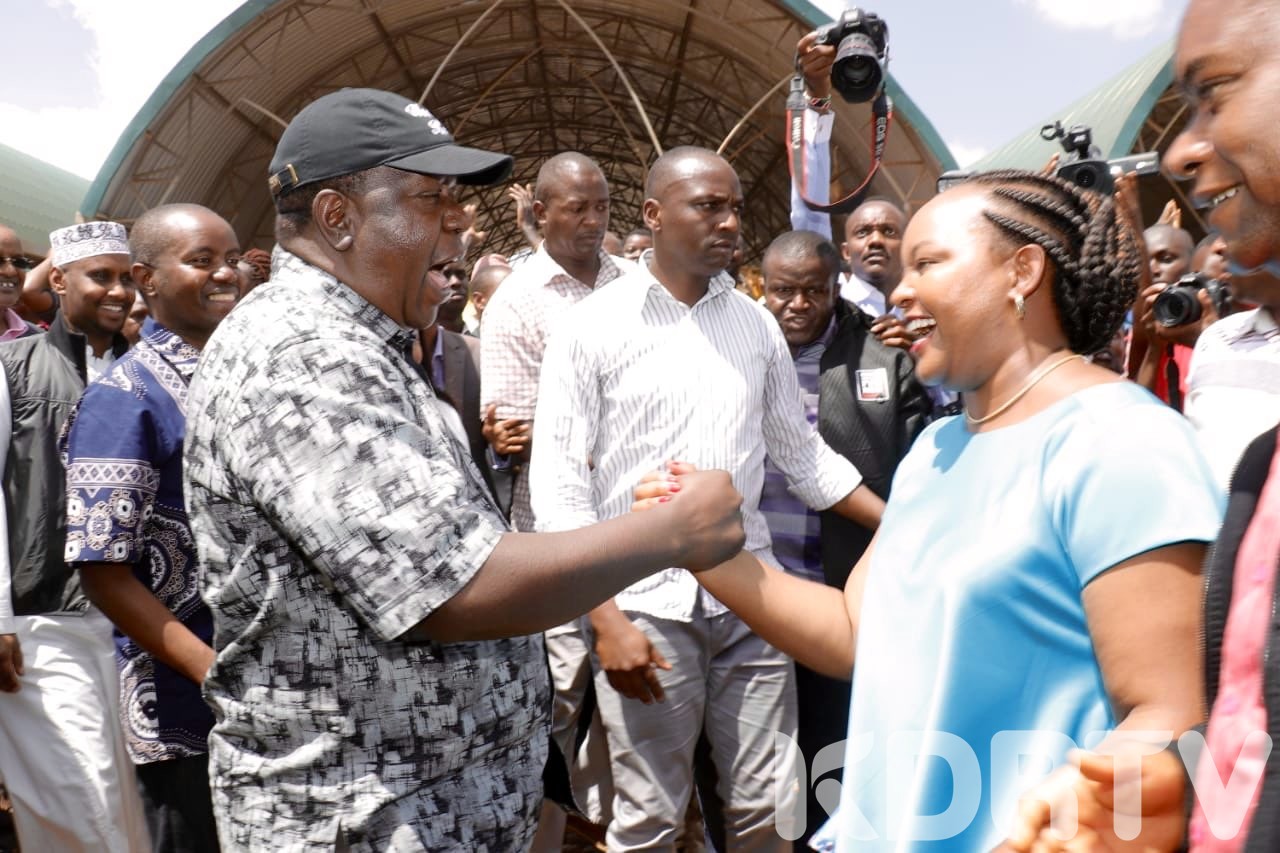 Former Kakamega Senator Boni Khalwale has warned Interior CS Fred Matiang’i to remember that it is President Uhuru Kenyatta and his Deputy William Ruto, who created him from nothing.

This comes in the wake of Matiang’is speech at a fundraiser in Kirinyaga on Friday, where he said he only takes instructions from President Uhuru Kenyatta. The CS looked to have downplayed the powers of the DP when he said that a home cannot have two fathers.

“A country is led like a family. Is there a family that is led by two men? No. A family is only led by one man,” Matiang’i said during a function that was attended by politicians allied to President Uhuru Kenyatta and Raila Odinga. Six governors and more than 50 MPs were present. Francis Atwoli, the face of the anti-Ruto brigade was also present.

Khalwale has now called on the CS to remember where he has come from. Speaking during an interview on Citizen TV’s Daily Break Show, the former Ikolomani MP, now key Ruto ally, said It is UhuRuto who have created the CS.

“I think the CS Interior should also find time to count his blessings… Matiang’i should know that he was created by William Ruto and Uhuru Kenyatta…” Khalwale said.

“I think the CS Interior should also find time to count his blessings… Matiang’i should know that he was created by William Ruto and Uhuru Kenyatta…” – Bonny Khalwale #DayBreak pic.twitter.com/jufojqJWSj

Matiang’i , a little known University of Nairobi Don, rose to prominence when he was appointed ICT Minister in 2013. He presided over the Digital TV Migration, where he rubbed shoulders with powerful media owners. President Uhuru Kenyatta then appointed him the Education CS. He excelled in this docket as he cracked down on rampant exam cheating.

In 2017, President Uhuru Kenyatta appointed him the Acting Interior CS following the demise of Joseph Nkaissery, only days to the general elections. He was confirmed as the permanent Interior CS in Uhuru’s second term in office. In January this year, Uhuru made Matiang’i his Chief Minister after he appointed him the Chair of the committee on the implementation of all government projects. The position gave him sweeping powers on the oversight of government projects and at the heart of the executive.

This put him at logger heads with Ruto and his allies who insinuated that the CS was taking over the the DP’s roles.

It is believed that both Uhuru and Raila could be pushing Matiang’i, a political novice, to run for the presidency in 2022.

On Sunday, Ruto took issue with Matiang’is arrogance during the Kirinyaga event.

“I want to ask every civil servant who has been given a job by Uhuru Kenyatta and the Jubilee administration to stop chest-thumping, to stop arrogance, to stop disrespect,” the DP said.