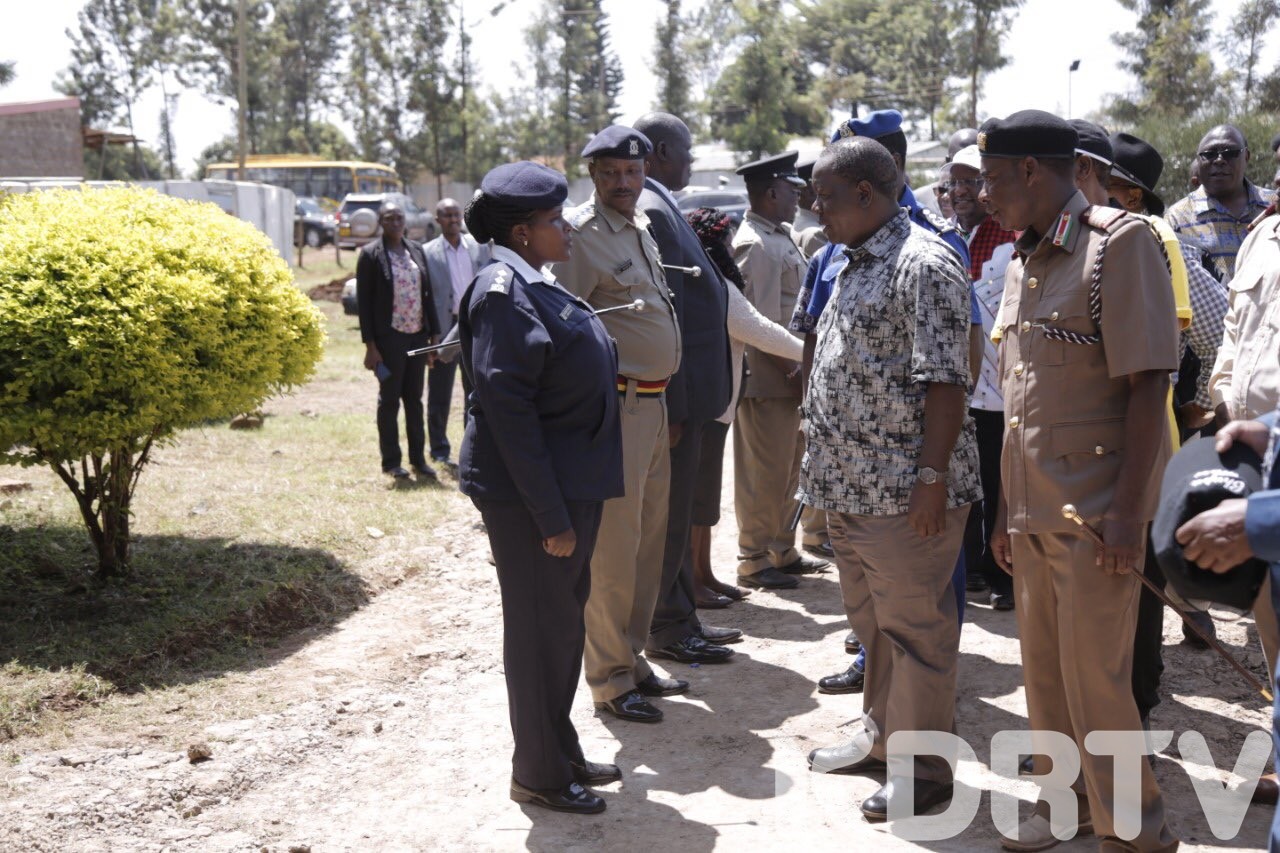 Interior CS Fred Matiang’i made a statement on Friday when he landed in for a fundraiser in Kirinyaga accompanied by six governors and more than 50 MPs. In his speech, the Super CS did not shy away from drumming up support for the handshake between President Uhuru Kenyatta and ODM leader Raila Odinga whom he described as a statesman.

While taking a dig at Deputy President William Ruto and his Tanga Tanga group, Matiang’i said he and his Principal Secretary Karanja Kibicho only take instructions from the President who appointed them.

A country is led like a family. Is there a family that is led by two men? No. A family is only led by one man,”  he declared.

“I think the CS Interior should also find time to count his blessings… Matiang’i should know that he was created by William Ruto and Uhuru Kenyatta…” – Bonny Khalwale #DayBreak pic.twitter.com/jufojqJWSj

He also confidently said that Uhuru was aware of their presence in the region and had even sent him with his contribution.

“President Uhuru Kenyatta is aware we are here and sent us with his contribution, and the Honourable former Prime Minister Raila Odinga has also sent greetings and his contributions through ODM deputy party leader Hassan Joho,” he said.

Yes Governor Joho and Suna East MP Junet Mohammed, two of Raila’s most trusted lieutenants were also in attendance. Joho hosted the CS in Mombasa during the Eid Celebrations in June this year. COTU Secretary General Francis Atwoli, one of Ruto’s biggest critics attended the meeting.

In the past 12 months, Matiang’i has increased his public appearances, attending fundraising events in several parts of the country.

It has now emerged that the CS is contemplating running for the presidency and is being backed by both President Uhuru Kenyatta and Raila.

Matiangi said the truth which was bitter for DP Ruto to accept. The appointing authority is the president, not Ruto. Why do you want to be respected when you don't respect yourself? You walk with corruption tag on your neck, and haven't thought for a moment to come clean.

In January this year, President Uhuru made Matiang’i his chief minister when he appointed him the Chairperson of the National Development Implementation and Communication Committee, a role that put him at the heart of all government projects. Analysts claimed the position reduced the powers of the DP who has developed a habit of launching all government projects, most of which are non=existent.

On his part, Raila has described Matiangf’i as his son.

“He is my son. Kisii is my home. Go slow, I know how to plan on this.” Raila said during the burial of former Assistant Minister Hezron Manduku in August this year.

At the Kirinyaga event; both Kisii Governors James Ongwae (Kisii) and John Nyangarama (Nyamira) were present. This is another statement that the region is united behind the CS.

Do you think Matiang’i is the President Kenya needs?