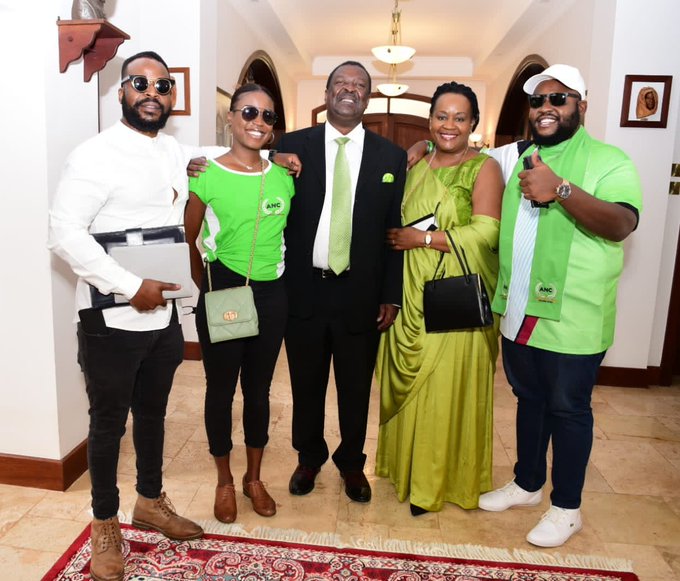 ANC Party leader Wycliffe Musalia Mudavadi’s family is barely known to Kenyans despite him being active in politics for more than two decades. Mudavadi is married to Tessy and has three children, Moses, Michael, and Maryanne.

Tessie and Mudavadi met during a fundraiser in western bef0re they got hitched on November 17 1991.

She is very active in cancer awareness. Tessie also serves as a trustee for the Mudavadi Memorial Foundation Trust Fund. Tessie was diagnosed with breast cancer in 2011. She was treated and is now fully recovered.

Moses is the eldest of the Mudavadi children. Although Moses prefers to stay out of the spotlight, he is known to harbor political ambitions and occasionally accompanies his father to rallies.

He is the second-born son of Mudavadi. He went to the University of Brighton and got a Bachelor of Science from there (Business Management and Marketing). He also earned a master’s degree from the same institution.

Michael was a victim of the terror attack at the DusitD2 on January 15, 2019. Since he plays video games frequently, Michael was able to save himself during the attack that claimed the lives of 22 people.

She is the last of the veteran politician’s children. Maryanne has a Bachelor of Science degree in Psychology and a Master’s degree in Human Resource Management from the University of Sussex.

The Mudavadi family was last seen together on January 21 during his famous earthquake meeting at the Bomas of Kenya when he joined the Ruto camp.