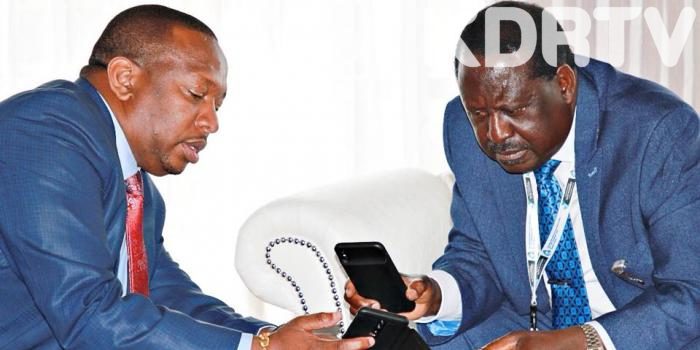 Mombasa County gubernatorial aspirant Mike Mbuvi Sonko has warned Azimio La Umoja-One Kenya flagbearer, Raila Odinga, that some of his allies may hinder him from becoming the next head of state.

Speaking in Taita Taveta on Friday, May 6, the former Nairobi governor said that Raila has no option but to pick the Wiper party leader as his running mate ahead of the August 9 general elections.

The controversial politician noted that s section Raila Odinga’s advisory panel has been messing and misadvising him and it’s time the former premier ignores them and makes wise decisions that will see him succeed President Uhuru Kenyatta as the next head of state.

“I want to say that we respect the ODM leader so much. But when we support Kalonzo to be Raila’s running mate is not because we are selfish. It is because we believe he is the best person to ensure Raila wins the presidency,” he said.

“The problem with Raila is the people surrounding him. Even when I was vying for the first time, I was a life ODM member. But when I begged Raila to allow for nominations he refused and said the people have refused. What happened? We faced on the ballot and ODM lost.” He added.

The sentiments by Sonko come at a time when the ODM leader is having a headache on who will deputize him with over 20 politicians interested in the running mate role.

The ODM leader has however selected a panel to help him in making the decision. The panel and is set to give him the final recommendations on May 10.