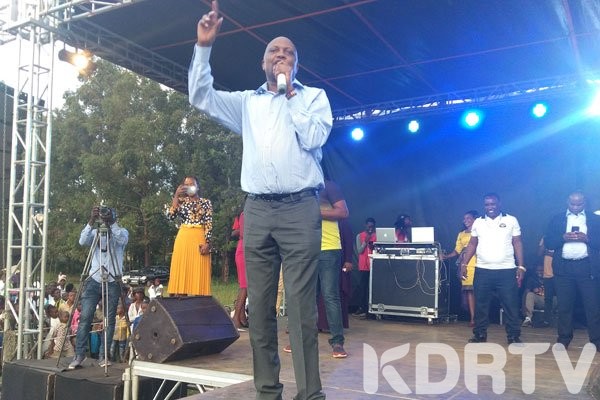 Gatundu South MP Moses Kuria won’t vie for any political seat in the 2022 General Elections but will still be active in politics.

Kuria, who has held Gatundu South seat since 2013, confirmed that he’s not interested in holding any seat stating that he’s shifting his focus on building Chama Cha Kazi for the interest of Mt Kenya.

“I have decided, I will not vie for any political seat in the 2022 General Election. I am focused on building Chama Cha Kazi for the interest of Mt Kenya,” he said in radio interview.

Kuria also said that the Mt Kenya region is a very valuable voting block that candidates eyeing the presidential seat should focus on.

He said he was however shocked by how some leaders have dismissed it despite its importance.

“I am telling all the Presidential candidates to treat Mt Kenya with the seriousness it deserves. Going forward it will not be business as usual,” he cautioned.

“Leaders forming coalitions and alliances ahead of the 2022 elections have ignored the mountain yet they want votes from this region. Look at OKA for instance, there is no one from Mt Kenya.”

Kuria, the Service Party Leader Mwangi Kiunjuri and NARC Kenya boss Martha Karua have initiated a Mt. Kenya political parties unity, after they declined to fold up their vehicles and join the United Democratic Alliance(UDA) that is fronting deputy president William Ruto as its flagbearer in next year’s presidential race.