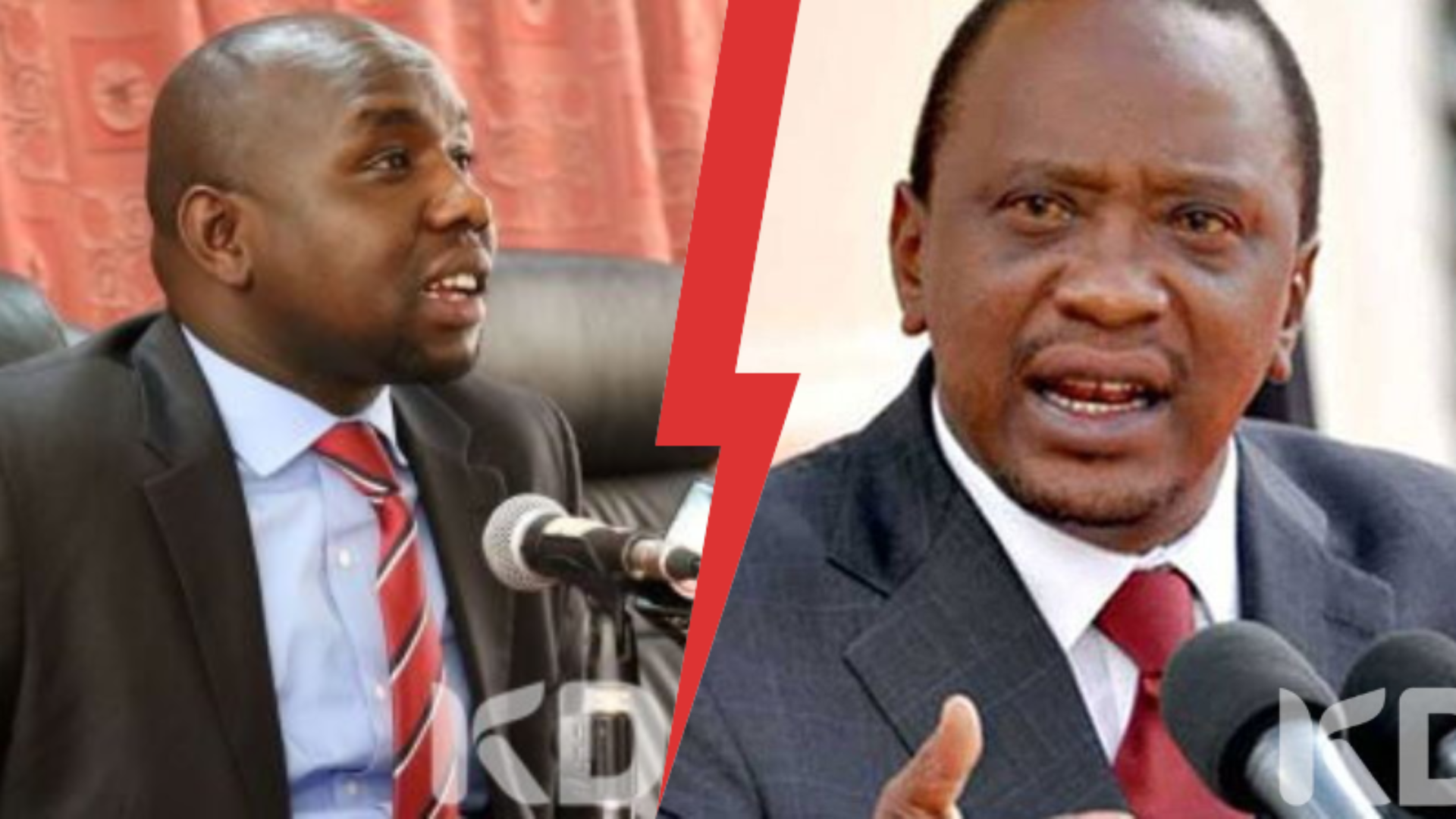 KDRTV News-The Former Majority leader in the senate Kipchumba Murkomen has told off President Uhuru Kenyatta and dared him to serve Kenyans better if he was the stumbling block in his capacity as the Senate Majority leader a role he claims to have played without fear and favor.

While giving a keynote speech in Parliament, Murkomen absolved himself from blame and stood tall while castigating the Executive and claimed that his role as a Majority leader was enshrined in the constitution and is meant to do checks and balances on the Executive arm of Government.

Murkomen went a head to tell off his critics and promised them that he will return to Parliament with a bang like never seen before and has left all his woes and detractors to be dealt by God.

Murkomen has sent a barrage of  tweets on his official page some of them calling his detractors hyenas! 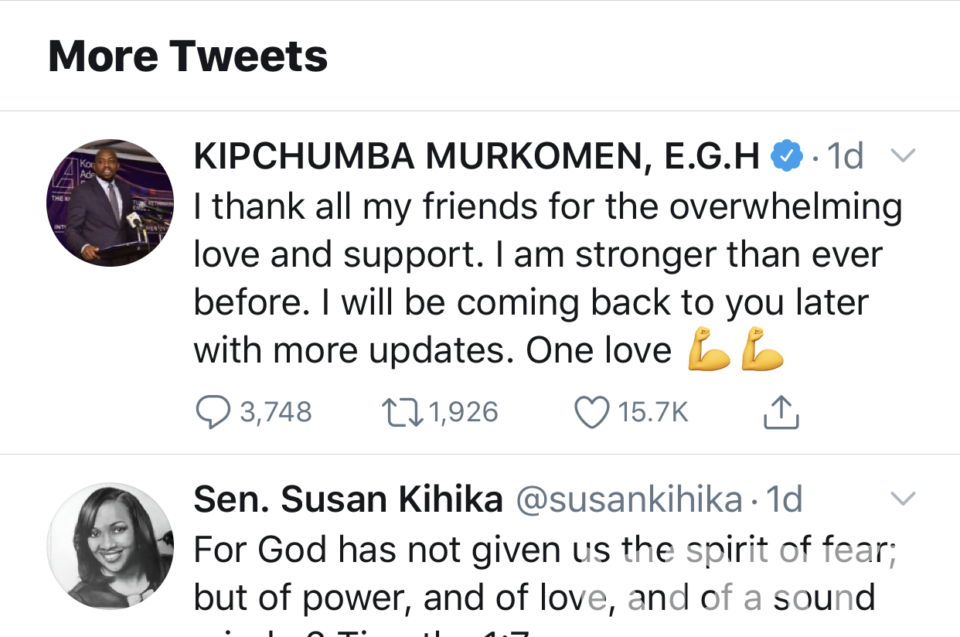 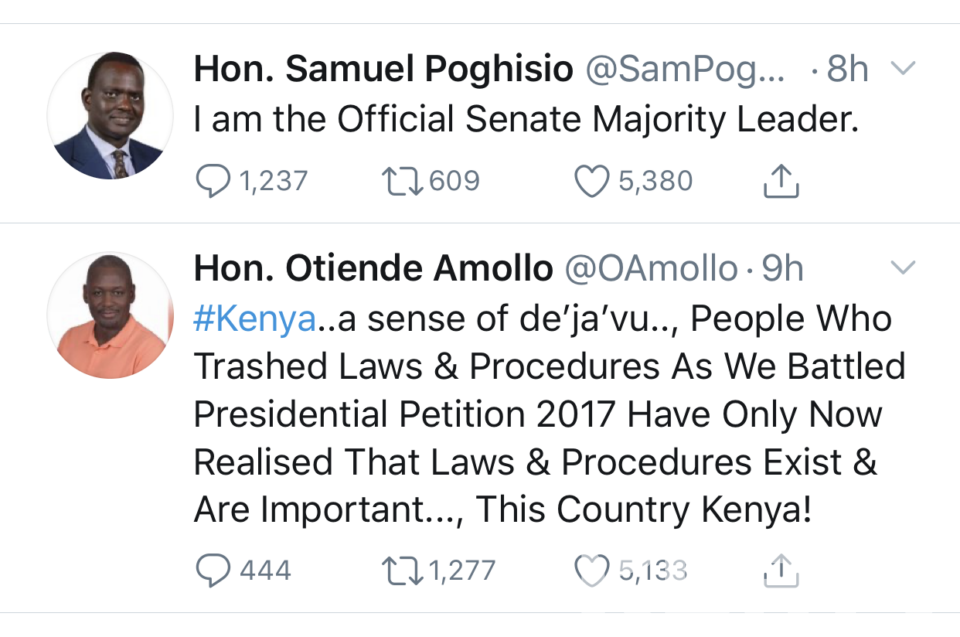 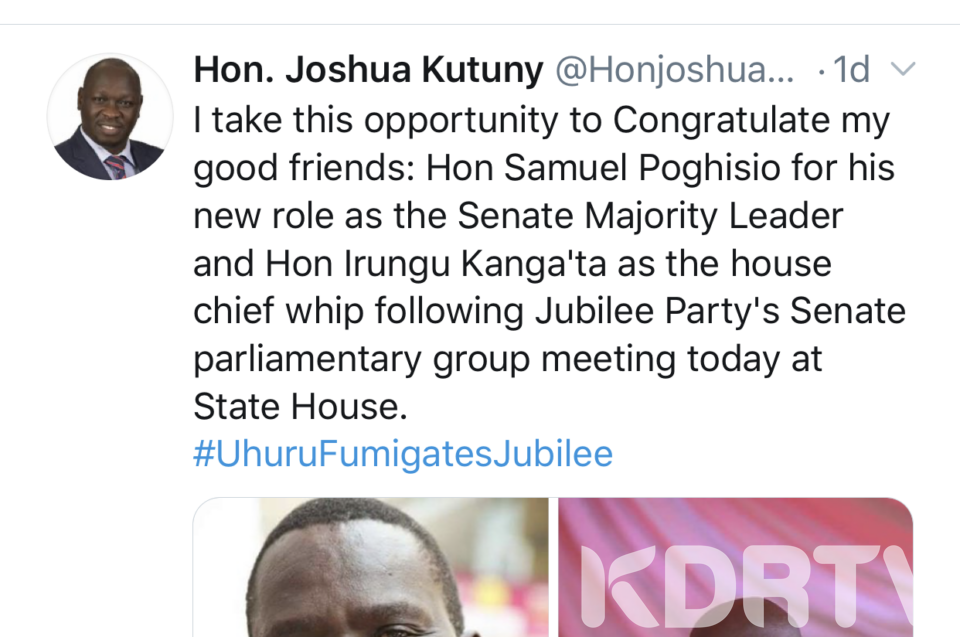 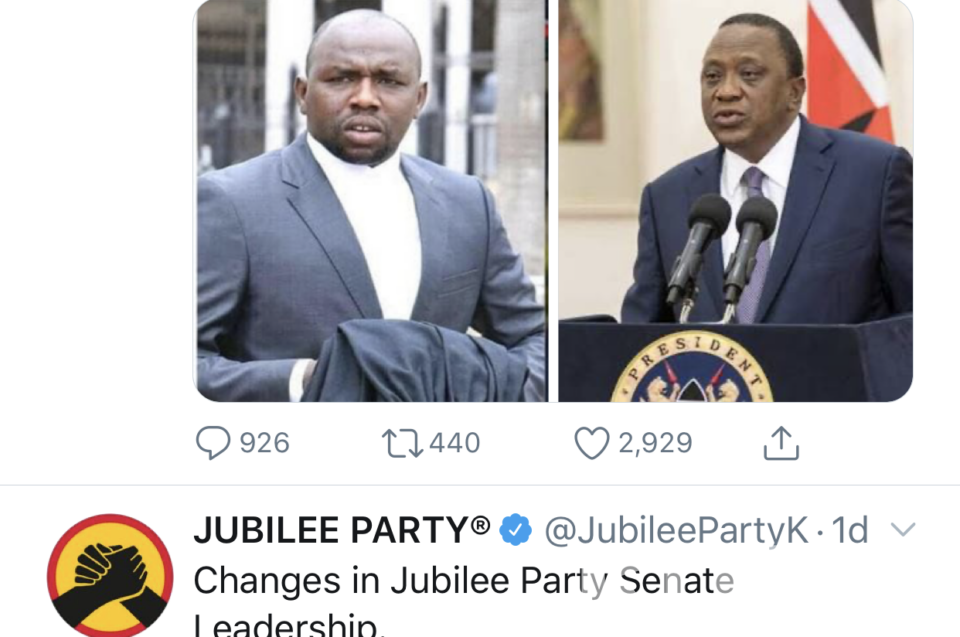 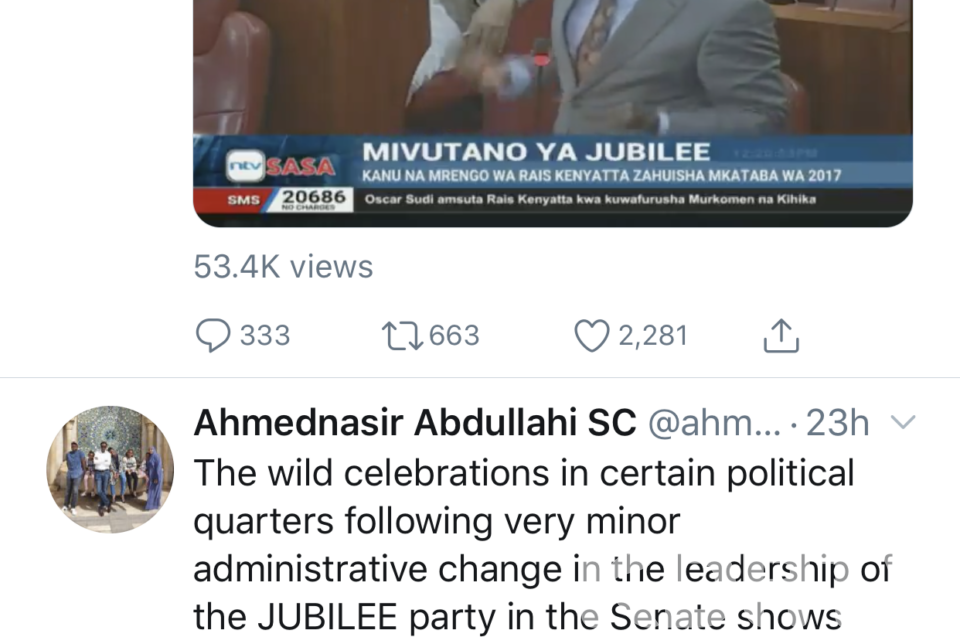 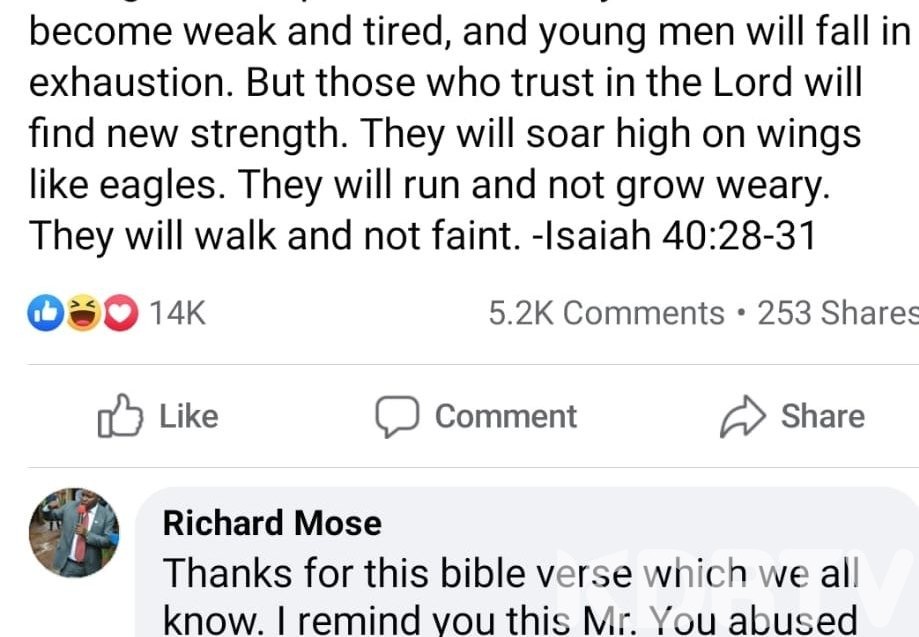 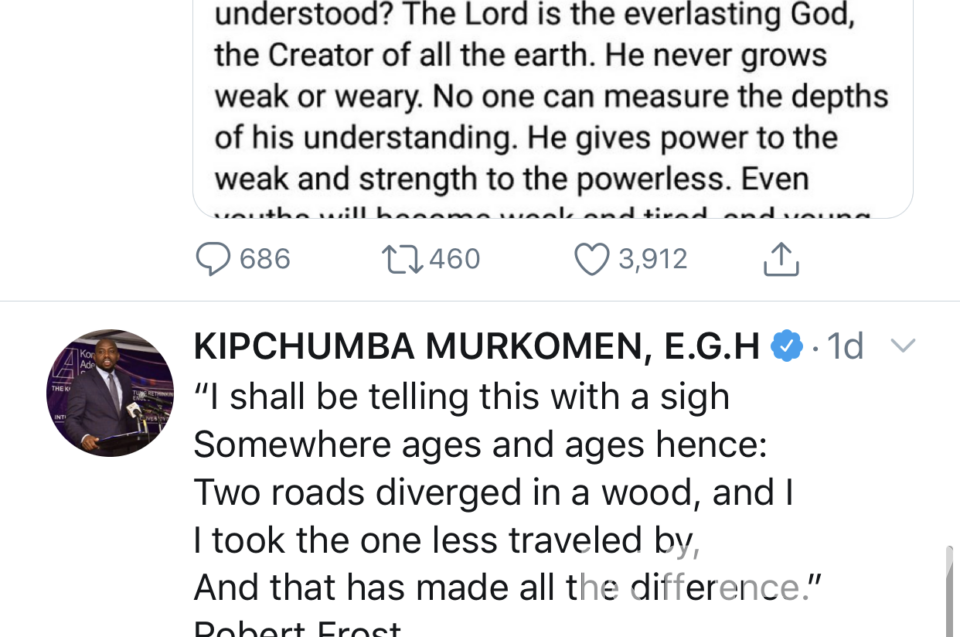 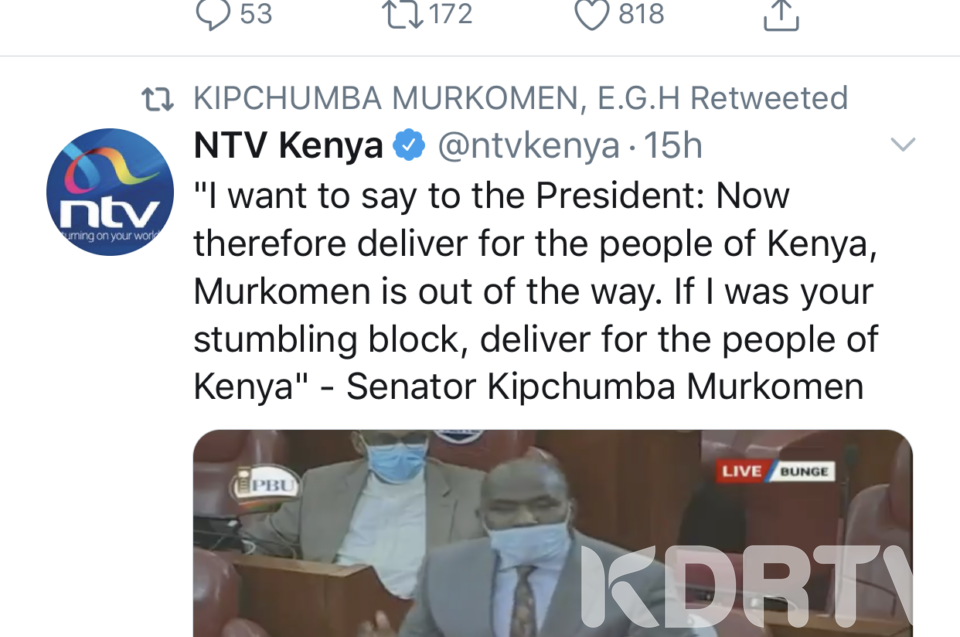 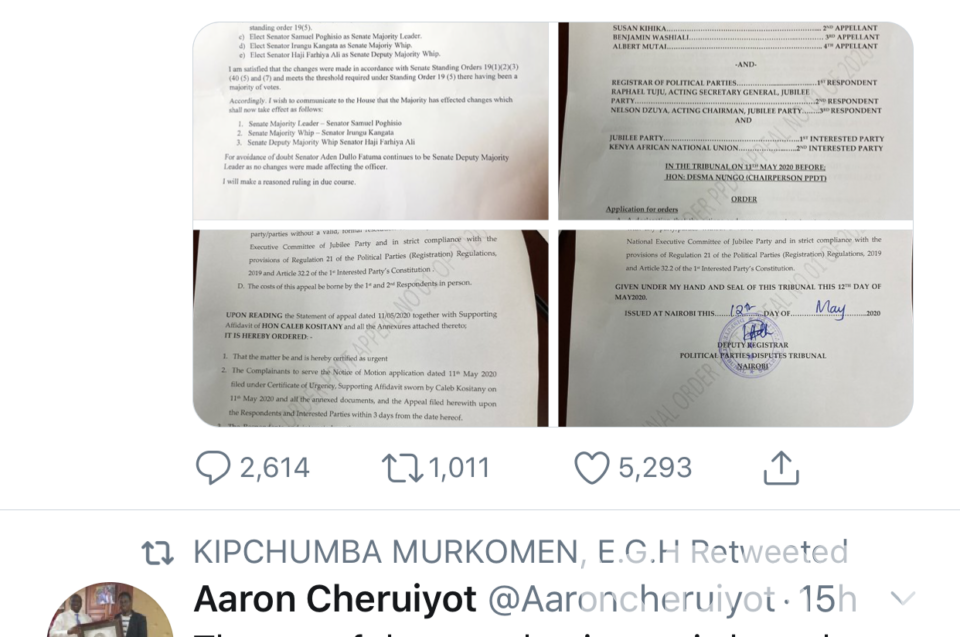 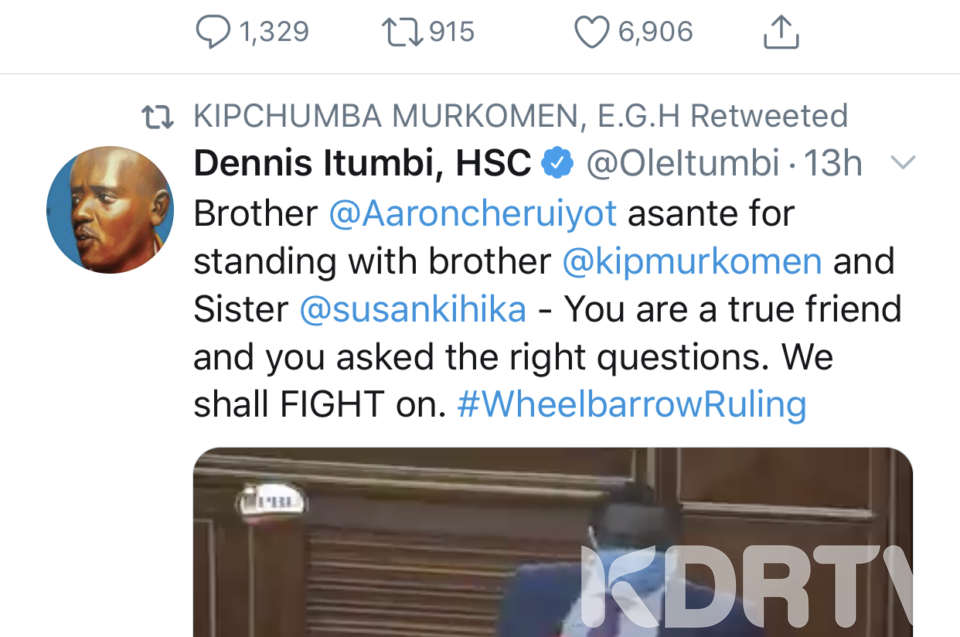 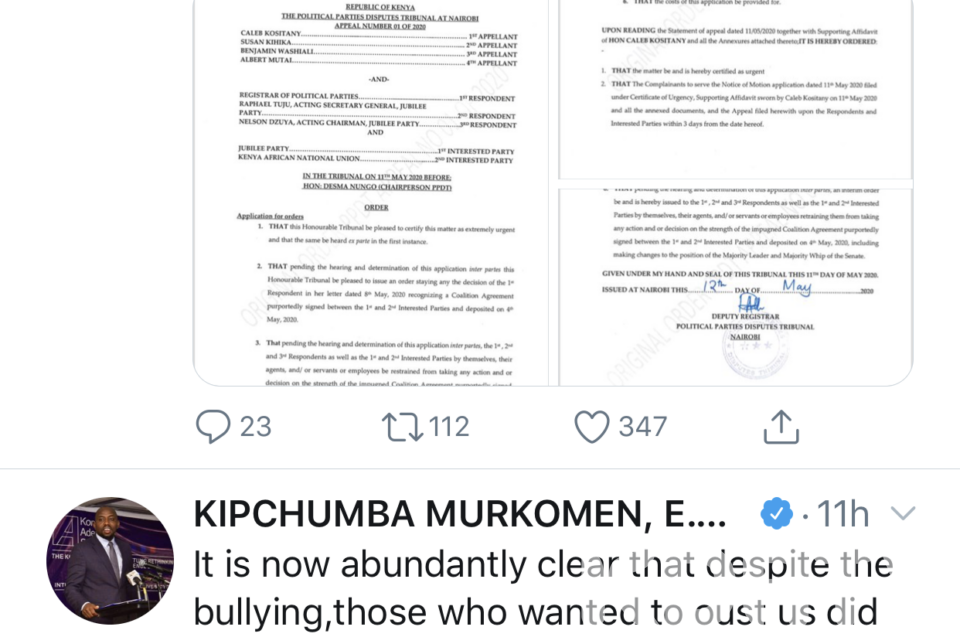