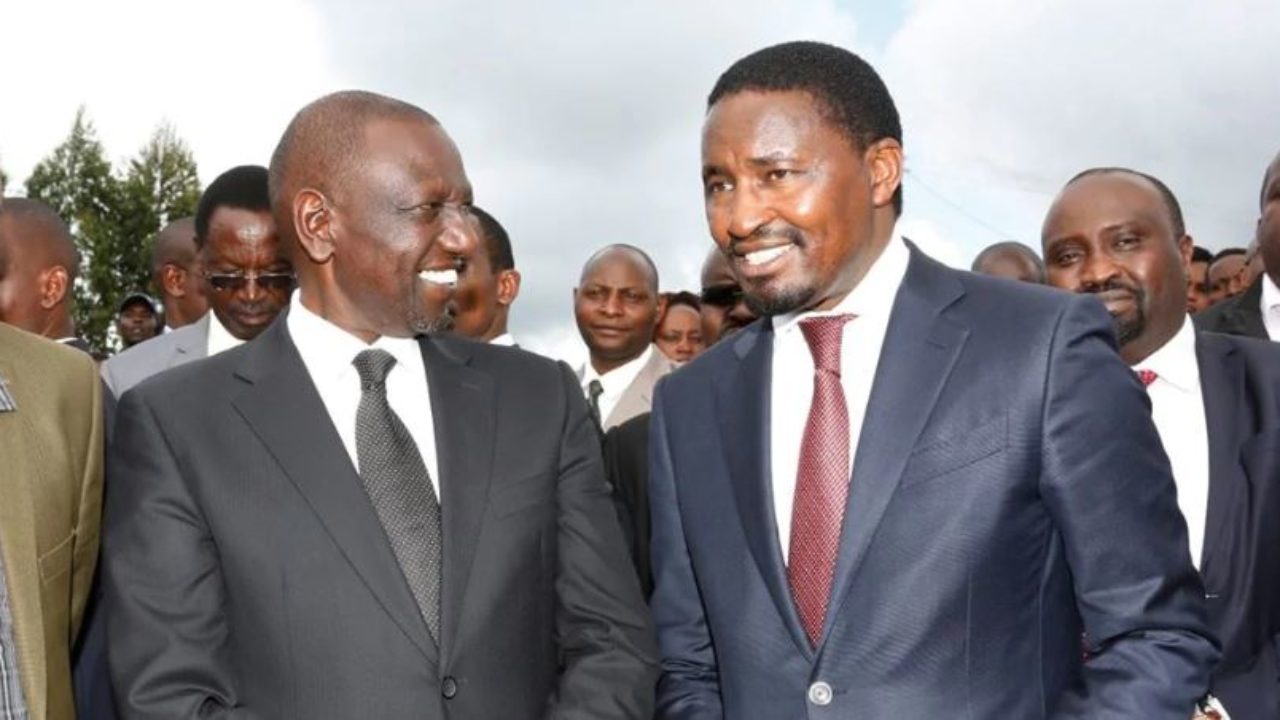 (KDRTV)-Mwangi Kiunjuri was sacked from the cabinet after he oversaw millions lost in the national and cereals and produce board(NCPB). He was severely warned by president Uhuru Kenyatta not to indulge in politics but he ignored him and the results were devastating.

Mwangi Kiunjuri accused the president of unfairly sacking him for supporting the deputy president, William Ruto, and opposing the building bridges initiative.

The jobless Mwangi Kiunjuri has since registered another political party called the service party (TSP). The politician from Laikipia has opened about 27 offices across Mt.Kenya.

He said that it is important to have their political party because if Ruto was to choose a running mate from the region, he will be powerless given what has been witnessed in the current Jubilee government.

Mwangi revealed that he will come into Ruto’s government as the deputy president with his party to avoid blackmail.

The youthful politician from Laikipia said that it is a mistake to be funded by the deputy president because you will be at his mercy and you will never question him.

Also Read:Eliud Owalo’s Only Mistake When Making His Statement To Join

Kiunjuri feels that Ruto has failed the Mt.Kenya region in the ongoing revenue sharing debate. Mwangi has castigated Mt. Kenya politicians in the DP’s camp for failing to tell him off on the revenue sharing formula because they are afraid of losing his financial support.

He accidentally revealed that the deputy president has few leaders that he is considering to be his running mate in his 2022 presidential contest.

Kiunjuri reveals that himself, Moses Kuria, Ndindi Nyoro, and Kimani Ichungwa are the men that will be considered as deputy presidents in Ruto’s government.

He said that he is the only Mt.Kenya politician to dare speak the truth to the deputy president, William Ruto because he is independent and he has his resources.