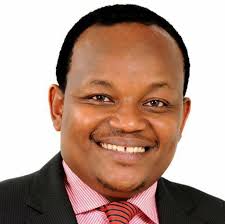 (KDRTV)-The deputy president has already hit on the campaign trail after becoming disillusioned with the direction the Jubilee government has taken.

Ruto and his allies feel that the president and his men have sidelined them after playing a key role in making that government.

As it is a norm for every politician to stand for something and have a philosophy, the deputy president has crafted a hustler narrative to connect with the majority of Kenyans who live below the poverty line.

William Ruto calls himself the son of a peasant and has rallied all the poor people behind him. He has promised them that this time around, the poor must make it to the State House.

According to him, the rich who are the minority cannot decide the politics of this country forever. Other politicians opposed to him feel that the hustler narrative is divisive and meant to cause chaos in the forthcoming presidential elections.

Kikuyu town Member of Parliament, Ngunjiri Wambugu is one of the politicians that feel there is danger in the political agenda Ruto is trying to popularize in recent months.

Taking to his Facebook page, Wambugu wrote the reason why he feels the Dynasty vs Hustlers narrative is dangerous;

1. The Hustlers vs dynasties narrative is meant to incite the poor against the rich. Strategically it doesn’t define who a hustler or a dynasty is. This gap leaves room for a poor man in an informal settlement (Eg Kibra, Majengo, etc), to define the lower middle class living near them, as a ‘dynasty’.

2. What the DP will not tell those in the crowds around him is that if the poor were to decide to attack those they perceive as dynasties, the ones they would be able to reach easily are this lower middle classes – the ones with loans for cars and mortgages, and living salary per salary. This will be the ones who bear the biggest cost.

3. The real dynasties – those filthy rich folks Ruto is fighting with (and including the DP himself as he belongs there) will be able to pay for protection for themselves and their families, (including paying hustlers to protect them), and/or leave the county. (As we saw in 2007)

PS; Do we understand that all this is one very rich man inciting the poor masses against some other very rich families because the rich families have refused to support the rich man’s Presidential ambitions?