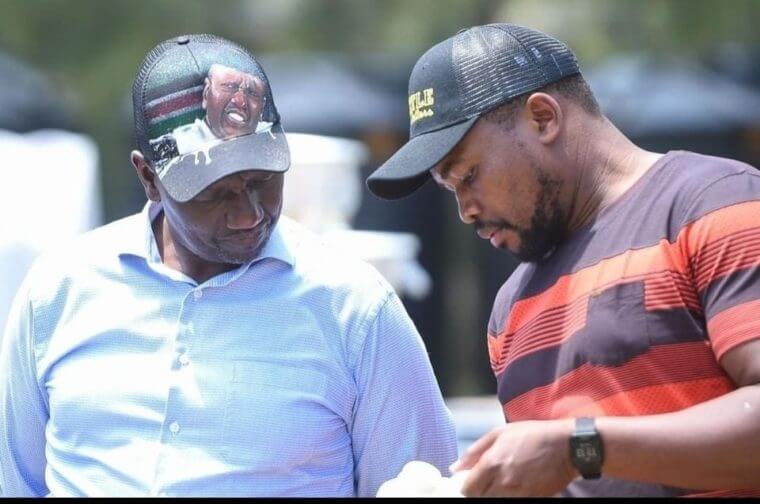 Nixon Korir who is running to retain his seat as the Langata member of parliament on Sunday debated with his opponent Phelix Odiwuor commonly known as Jalango on Citizen TV.

The two argued over Jalang’o’s claim that the incumbent MP had taken over Uhuru Gardens before the government repossessed it.

“The current MP is accused of having grabbed land, and this is something that is in the public where he was a part of a team that was at at Uhuru Gardens where he was running his premises,” Jalango said.

The DP Ruto ally denied the allegations, claiming that they were being propagated by “bloggers” with a political agenda.

In addition, Korir informed the panel that he has participated in multiple measures that have prevented land grabbers from encroaching on public land in Langata.

He stated that he had written to the National Land Commission and the Ministry of the Interior on a rumored scheme to acquire public land near the Carnivore grounds.

Jalang’o and Korir are two of five candidates in the August 9 election for the Lang’ata parliamentary seat. Others include Cliff Aboki (FORD-Asili), Caroline Jepkemboi (Usawa kwa Wote), and Osman Abdulahi (KANU)are the other candidates.

The Uhuru gardens saga has been in the limelight for some time with both President Uhuru and Raila Odinga attacking DP William Ruto of allegedly planning to grab the land.

“Land matters were handled using a manual registry, the Ministry of Lands thus became a den of corruption. Part of the Wilson Airport here had a title deed registered in the name of a private individual,” Uhuru said in June 1st during the Madaraka Day celebrations.

Also Read: List of 12 Governors Who Have Dropped Their Deputy Governors Ahead Of August Polls