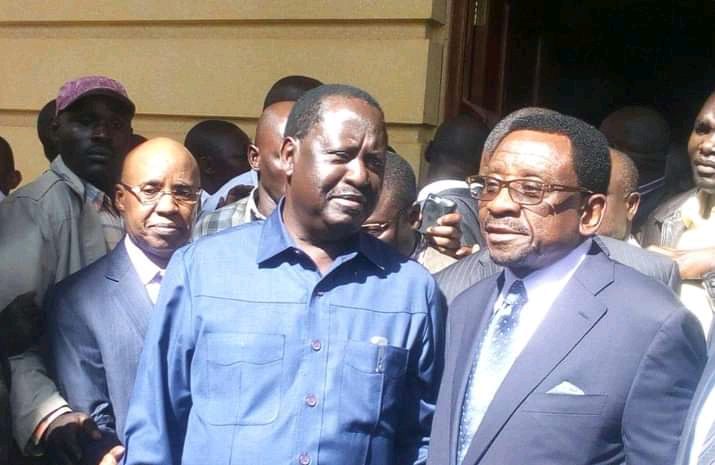 “He didn’t know that Kenyans voted for Uhuru as the president and him (DP Ruto) as the Deputy President. The two were later sworn in at Moi International Sports Centre (Kasarani) with Uhuru taking the country’s top seat while Ruto taking Uhuru’s assistant position. He absconded Deputy President’s associated duties and wanted to overthrow his boss” Orengo stated.

On the same attacking thread, he alluded that the bottom-up chief drummer is seriously criticizing Jubilee government for allegedly failing to fullfil the bg four agenda while at the same time gain political bonga by projecting several projects commissioned by the head of state president Uhuru Kenyatta. Ruto has been playing his political cards safe by traversing the country and boasting over several projects instigated by Jubilee government.

While exposing the dangers of adopting bottom-up economy, Orengo also hinted that Deputy President William Ruto has served in Jubilee government for two terms and if there is someone who should be the last to impose “Kazi ni Kazi” slogan on Kenyans, then it is the second in command. He insisted that he (Ruto) would have created jobs for jobless Kenyans the time he has been in government for 10 years.