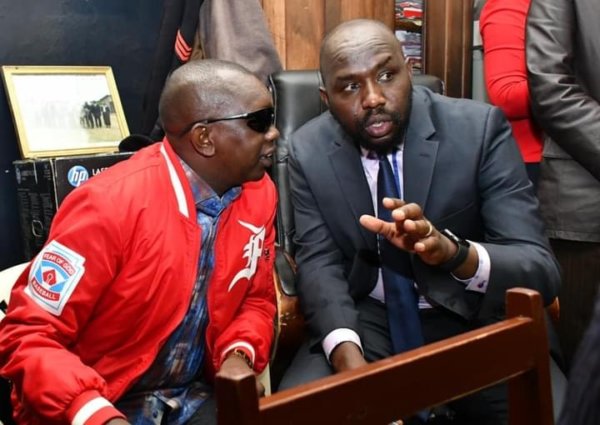 (KDRTV) – Kapseret Constituency Member of Parliament Oscar Kipchumba Sudi has been detained in Nakuru Central police station following various charges leveled against him. Among the charges that were read out by the prosecution team in court include; Assaulting a police officer, illegal possession of firearms, resisting arrest, and hate speech.

Hate speech is the initial reason why several policemen raided the lawmaker’s lavish Kapseret home but he dodged them and sneaked out of his compound to an unknown place. The prosecution team then added the other three charges to Sudi’s charge sheet following the events that took place in his home on Friday night. His lawyers argued against the charge of Sudi assaulting a police officer because according to them, he was not even in his compound on that night.

The legislator turned himself in on Sunday morning at Kapseret Police Headquarters after which he was transported to Nakuru Police Station where he was detained. Immediately he arrived at the station, Hon Oscar Sudi paid fines and bonds for all 35 petty offenders who were unable to pay fines as required. He is also said to have bought blankets and Jackets for those detained with him according to a blogger, The Don.

Hon Oscar Sudi pays fines and bonds for all 35 petty offenders who were unable to pay fines at Nakuru Central police station. He has also bought blankets and Jackets for those detained with him.

Kenyans have congratulated him for the kind gesture while others have taken the news with a pinch of salt.

“Everything has a reason, maybe that’s why God took him there for that mission,” wrote one Wanjiku Mwangi.

Isaac Nyash commented, “Why do you celebrate incitements? Let us wake up for a better nation.”

Sudi will be back to court tomorrow Wednesday 16th September 2020 to take a plea on the charges leveled against him. The prosecution team had requested 14 days to complete their investigations but the judge only granted them two days.