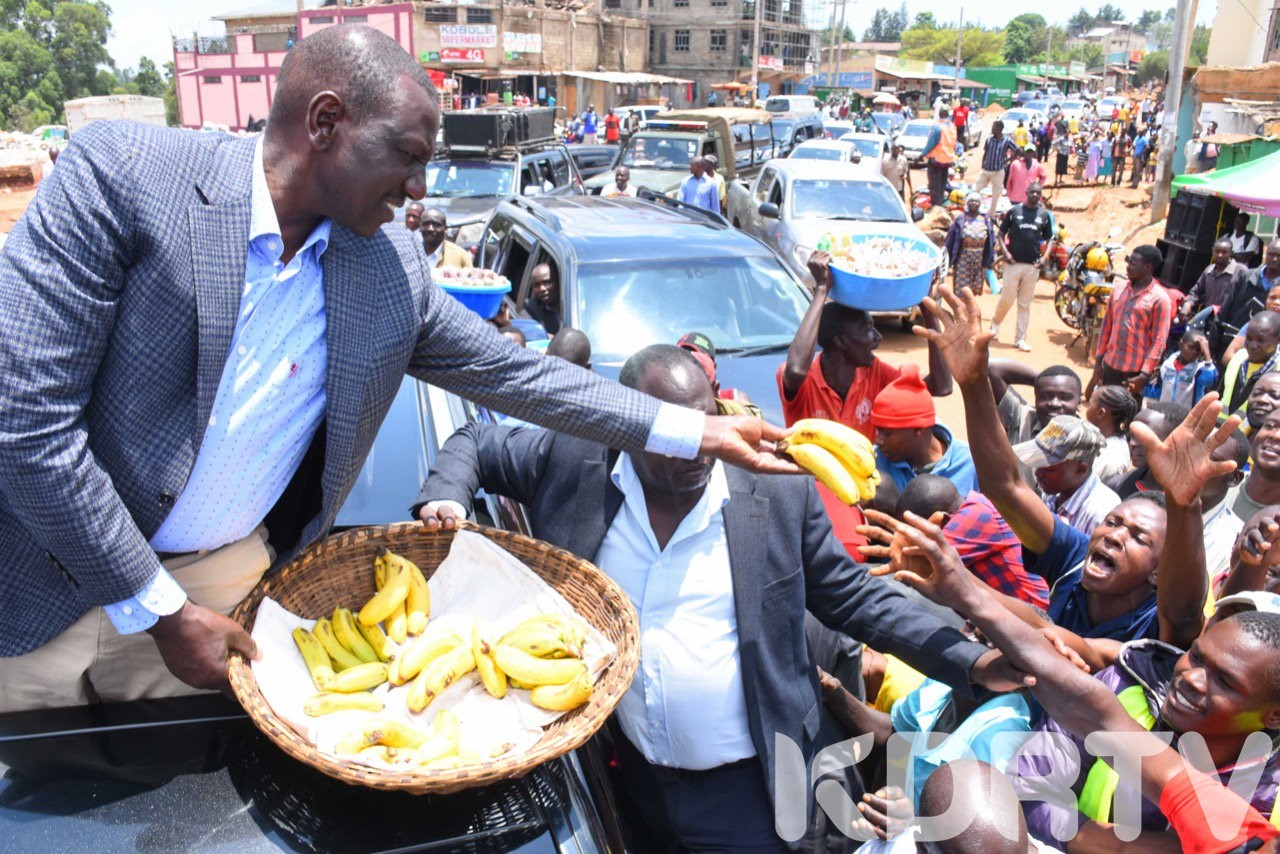 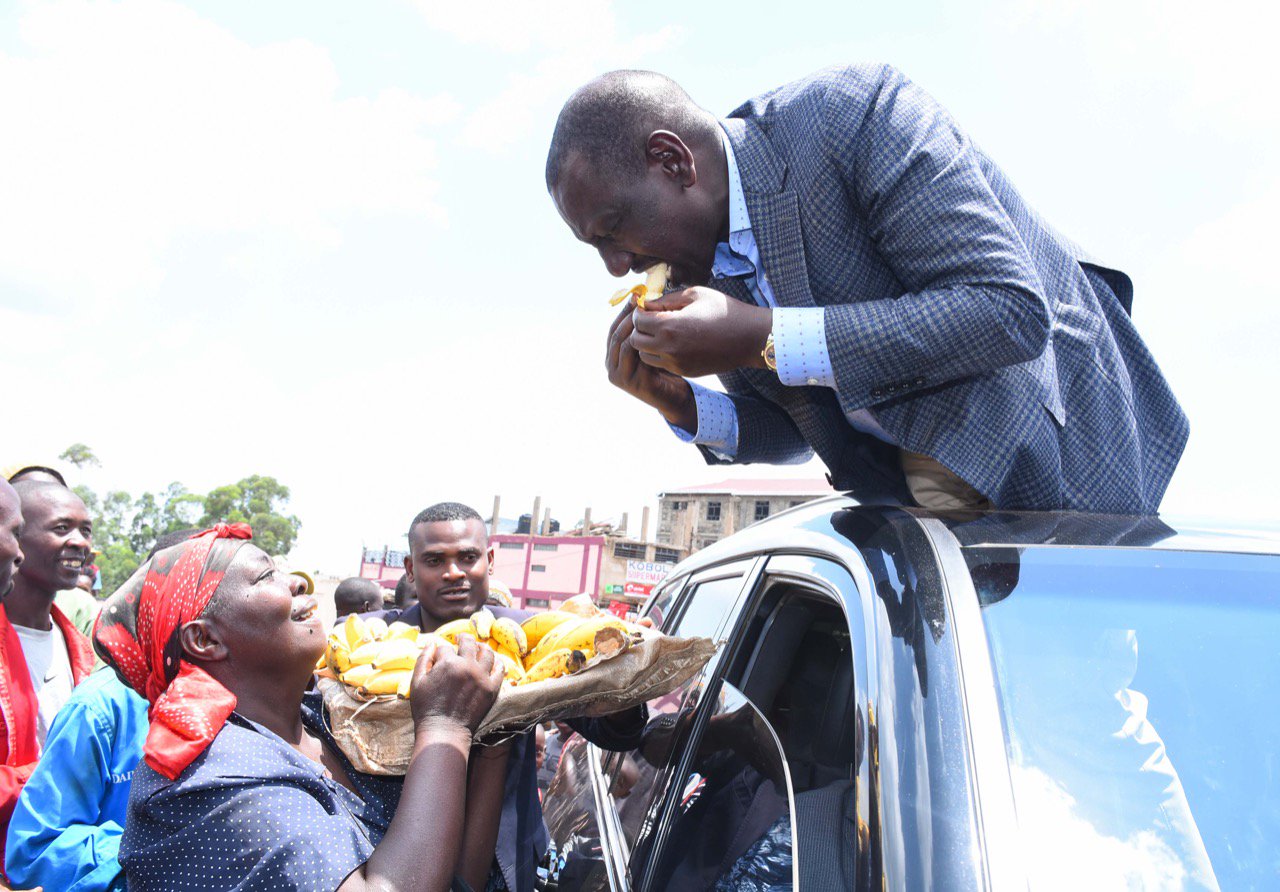 Deputy President William Ruto is known for his generous church donations that have severally raised eyebrows from his political ‘enemies.’

There have been calls for the church to refuse ‘dirty’ money from the Sugoi hustler who has set his eyes on occupying State House after the 2022 elections.

But Ruto showed his other side on Sunday when he shared bananas with ‘hungry’ Sabatia residents, in Vihiga county, the backyard of ANC leader Musalia Mudavadi.

The DP took a moment to dish out some bananas on the roadside: 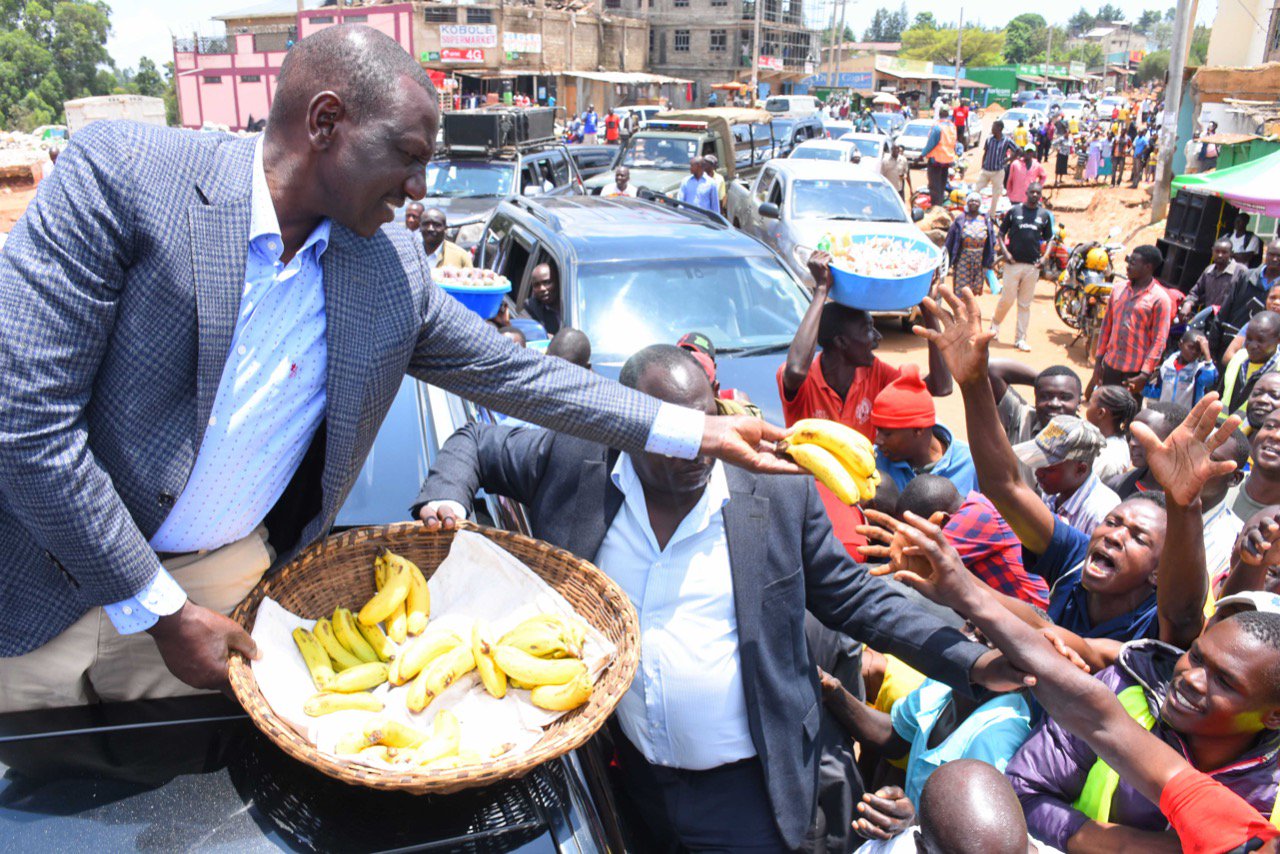 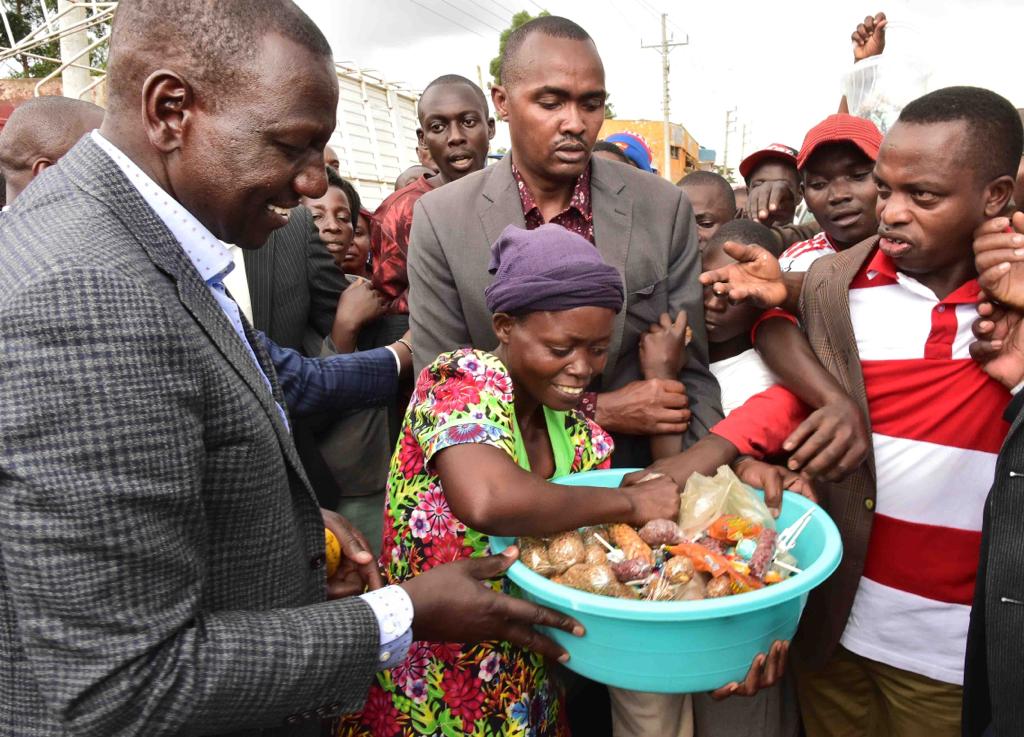 Ruto with a hawker in Vihiga (PHOTO: COURTESY)

And the DP used the moment to sent a veiled message to ODM Raila Odinga.

“Leaders should channel their energies on working for the interests of the people. Kenyans want service not endless debates on how to share power.” Reads a message on the DP’s Twitter handle.

Leaders should channel their energies on working for the interests of the people. Kenyans want service not endless debates on how to share power. pic.twitter.com/trCP71SThK

Raila is the face of a team that has been pushing for a referendum to change the constitution and create an inclusive government. Ruto has strongly opposed these calls.

The DP was in Vihiga to attend an interdenominational church service at Kidundu stadium and Ivona grounds, Sabatia Constituency. It is one of several such functions he attended in different parts of the country over the weekend.

On Saturday, Ruto cautioned Jubilee members against listening to political rejects who purport to speak for the party leadership with regards to the Kibra by-elections, where Jubilee has fielder former Harambee Stars midfielder MacDonald Mariga.

All JUBILEE party supporters should ignore & treat with utter contempt rebels and those rejected by the electorate who now deceptively purport to speak for the party leadership. Let's give Mariga our flag bearer moral,material and prayerful support. Victory is surely beckoning.

The message was directed at former Nairobi Women Rachel Shebesh who has received a backlash on social media after claiming that Ruto forced President Uhuru Kenyatta to endorse Mariga for the seat that fell vacant following the untimely demise of Ken Okoth in July.