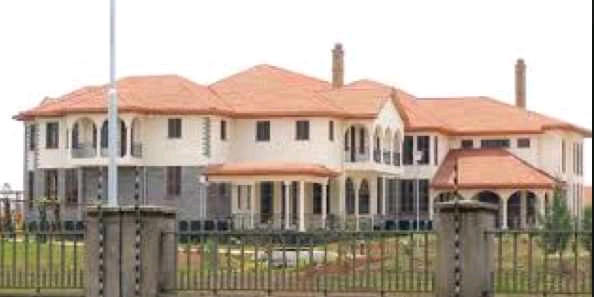 Deputy President William Ruto has been thrown into a sparks of dilemma after uncontrollable score of elite neighbours at his official residence in Karen, Nairobi, have come out guns gazing over the increased insecurity puzzle, noise and traffic hurls attributed by endless daily entourages leading to DP Ruto’s multi-million “hustler mansion”

According to the latter dated 9th November 2021, the self proclaimed hustler nation head has been put on notice to cut back a series of political meetings at his residential mansion to curb the unsustainable traffic gridlock and project a fertile secured environment to the adjacent neighbourhood. 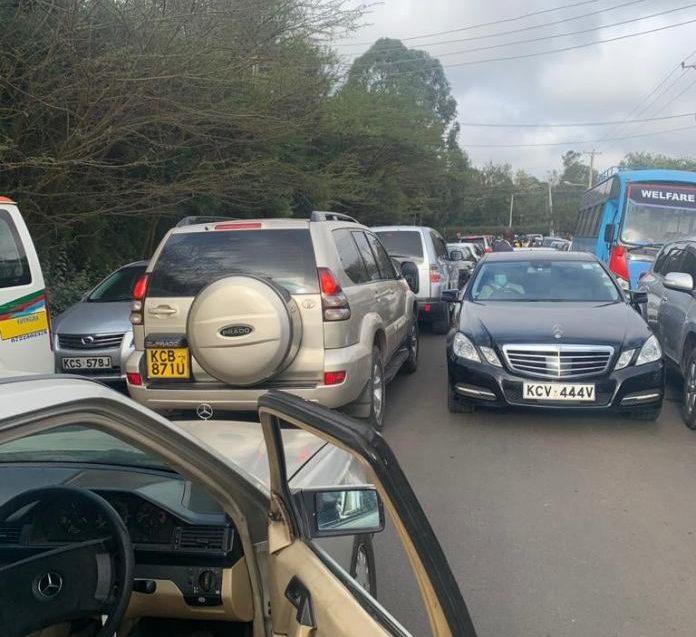 “Residents have complained of rising cases of mugging along the route conducted by aliens masquerading as visitors to your residence. The association is highly alarmed by the ever presence of suspicious persons roaming around the area against it’s rules on loitering” Chairperson and Secretary of the Association James Hirst noted in the letter. 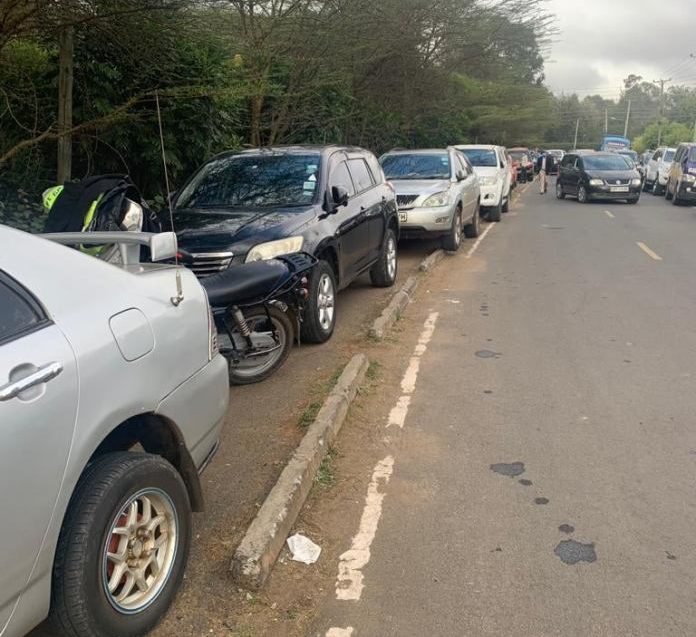 The second in power DP Ruto who is heavily enjoying the state privileges attached to his official residence was toughly notified about the rampant traffic jams occasioned by DP Ruto’s visitors who park their cars on the roadsides and wayleaves awaiting clearance to his (Ruto) residence. This has consequently installed inconveniences to the hardworking real hustlers commuting along the Karen road and adjoining lanes. 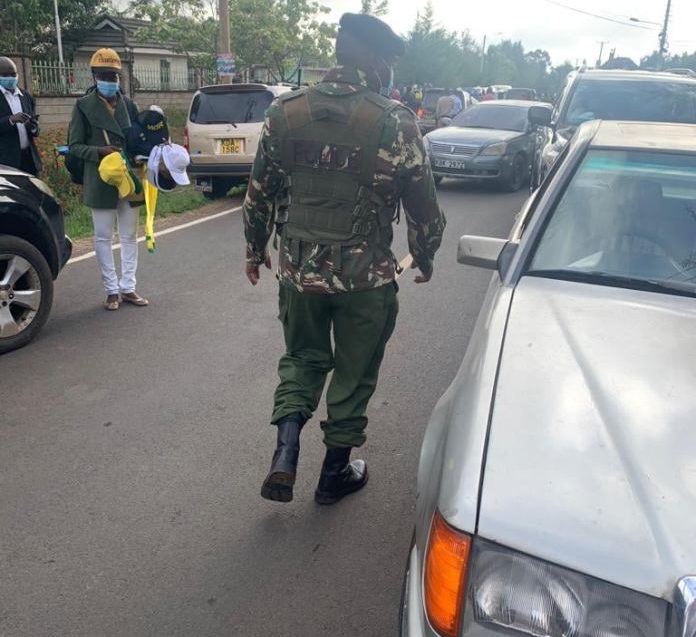 “We wish to notify you of the rampant traffic gridlock as a result of visitors parking on the roadsides and wayleaves awaiting clearance to your residence. This has caused unbearable inconvenience to residents commuting along Karen road and adjoining lanes” the letter reads. 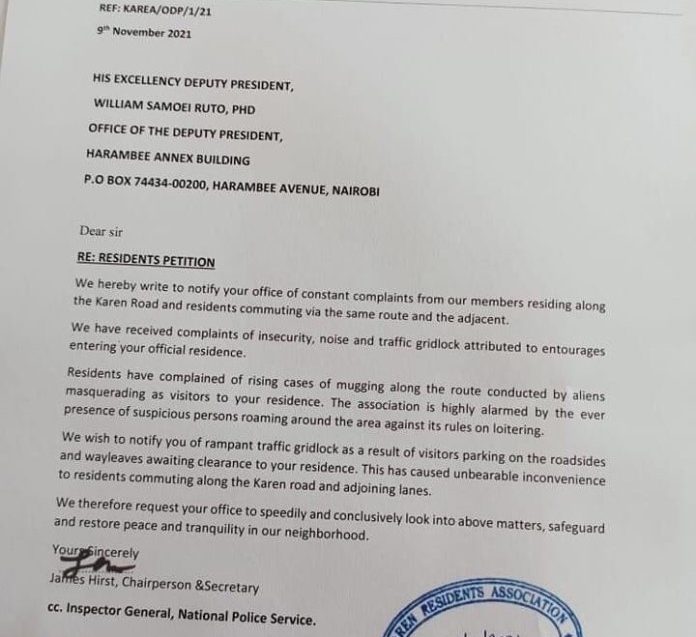 This comes barely a year after the Karen residents raised an alarm to National Environmental Management Authority (NEMA) and Nairobi county following the multi-million apartment building that allegedly violates the area laws.