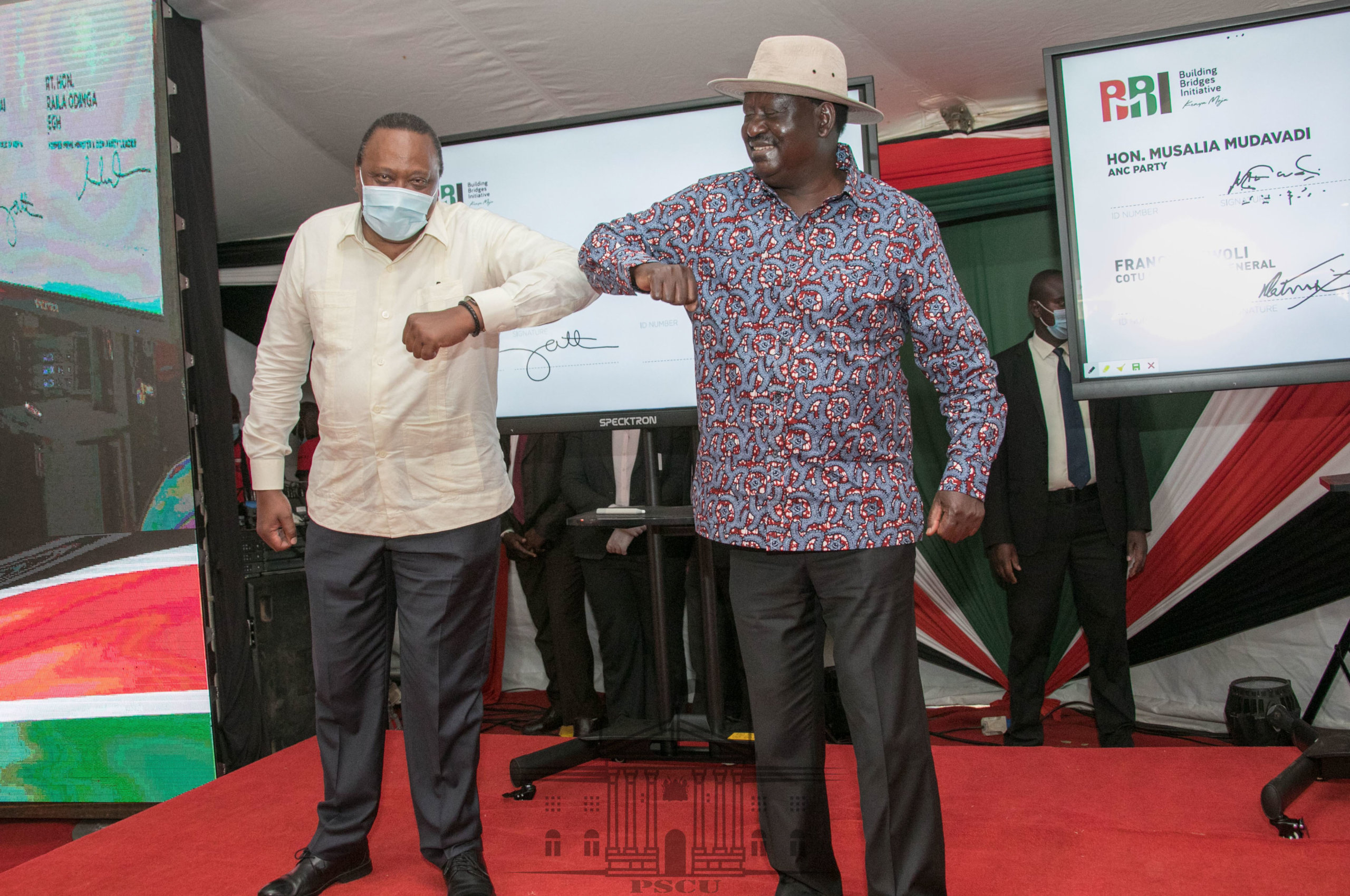 Uhuru and Raila during launch of BBI Signatures

(KDRTV) – President Uhuru Kenyatta has for the first time revisited the issue of the contested 2017 elections, revealing that he won the ballot but ODM leader Raila Odinga contested the results.

Speaking during the launch of BBI signatures at KICC on Wednesday, Uhuru said he tried and got more than 50% of the votes but the former Prime Minister challenged his win at the Supreme Court.

Raila then instructed his supporters not to take part in the repeat October 26 elections.

The President insisted that the country was so polarised after the elections and things would have gotten worse if he had not reached out to Raila for the famous handshake in March 208.

“Because of the peace that has prevailed in this country since the handshake, many Kenyans have forgotten what was happening at the time…if there had been no handshake, this country would have been brought to its knees. We were divided in the middle, Kenyans could not freely move around their own country,” the President said.

Uhuru called on Kenyans to support the BBI report, insisting that some of the recommendations will ensure greater public participation.

President Kenyatta: The BBI proposal ensures greater public participation in all levels. Where we are now is that we need to collect signatures from Kenyans. #BBISignatureLaunch ^BN pic.twitter.com/7VNDXfXJ0v

He pointed out some elements of the report, like having 50% of the Senate comprised of women.

“Women will comprise 50pc of all senators making them directly involved in making a decision on how 35pc of National resources are spent,” the President said.

Uhuru also added that the establishment of the ward development fund will ensure that monies reach the grassroots.

The President said the signatures will be collected with strict adherence to the Ministry of Health’s COVID-19 protocols.

“Let us make it clear that during this process of collecting the signatures, all MoH protocols must be followed. Walk into the Town Hall with confidence,” he added.