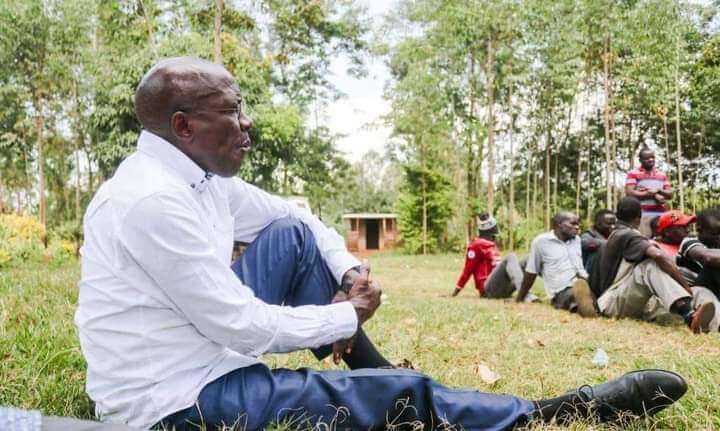 Where was Boni Khalwale

Khalwale has recently coated controversy with his confrontational politics in by-elections. He was leading Tanga Tanga charges in both Kibra and Msambweni polls. With Matungu being in his backyard, Khalwale was expected to play a leading role.

However, the former lawmaker was a no-show. A picture of Khalwale, relaxing at an unidentified location has gone viral on social media.

With both Washiali and Khalwale missing, the UDA team was led by former Sports CS Rashid Echesa. However, Echesa also went missing after police launched a manhunt for him over claims he had slapped an IEBC official.

There rumors that the Hustler Nation team in Kakamega fell apart over mobilization funds. Deputy President William Ruto issued millions of money for Lanya’s campaign. Unfortunately, the money did not get to Khalwale.

KDRTV could not independently verify these claims.

UDA ended up performing dismally in the polls, with Lanya coming a distant third with 5, 513 votes. ANC’s Peter Nabulindo was declared the winner with 14, 257 votes. Former MP David Were, running on an ODM ticket, was second with 10, 565 votes.

DP William Ruto had earlier warned the Luhya community of asking for financial help from him but not standing with him during elections. He has been vindicated as he also lost in the Kabuchai polls.