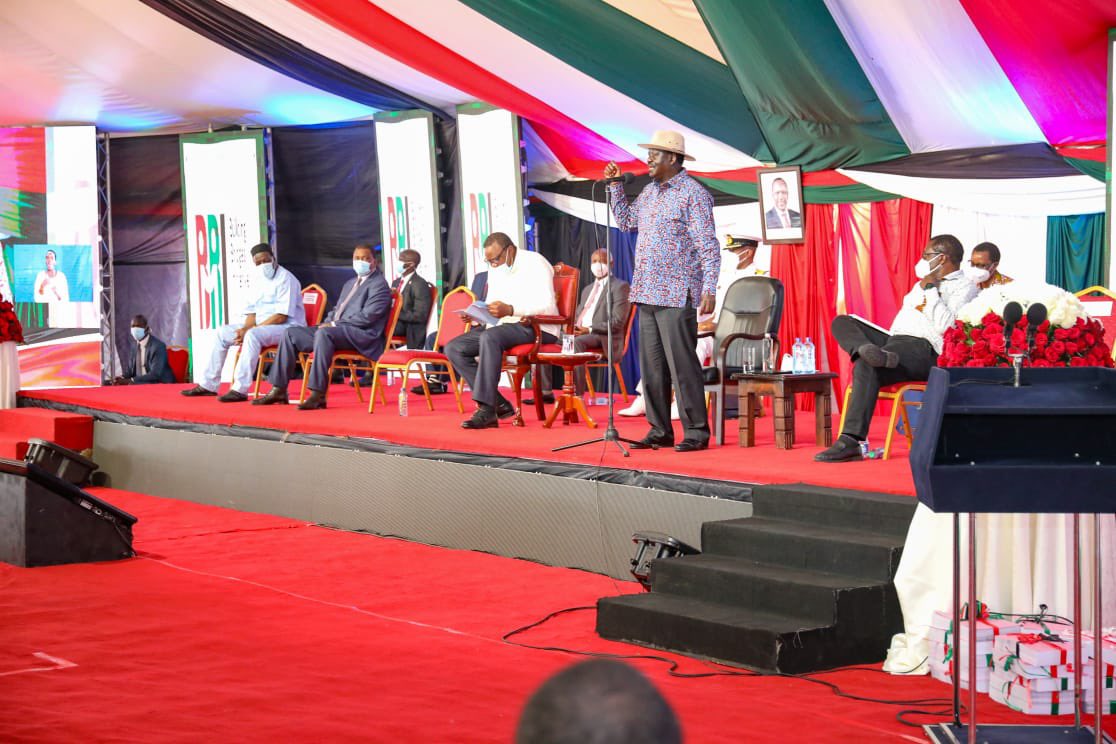 (KDRTV) – ODM leader Raila Odinga has quashed reports that the BBI bill was amended behind his back.

Several media outlets and even a section of Tanga Tanga politicians have put Raila on the spot over the speech he made at the launch of the BBI signatures on Wednesday.

I told you even Hon.Raila Odinga didn’t know what was being launched. Like Mzee Seii he signed by faith.The document had already been heavily amended to accommodate a number of issues raised by hustlers especially DP at Bomas.Mzee was still marketing the old document.Awuoro!😂😂

The ODM boss, through his Communication Director Dennis Onyango, has insisted that Baba was aware of all the changes in the report and was just giving his views, which may not have been included in the final report.

“We wish to clarify that Mr. Odinga was party to the changes and in agreement with the contents of the Constitution of Kenya (Amendment) Bill, 2020.

“He used yesterday’s event to highlight the contested proposals that found their way into the Bill as well as those that were abandoned and also to make the point that not all views, however strongly held, including his, were accepted into the Bill and it should not be a reason for actors to oppose the process,”  Onyango said in a statement seen by KDRTV.

The former Prime Minister insisted that getting political parties to appoint IEBC commissioners will ensure transparency of elections in the country.

He gave an example of the 2002 elections where 20 electoral commissioners were appointed by both the government and opposition parties. He said this was the fairest election in the history of the country.

“Everybody among you here who has been around since we introduced multiparty politics in this country will agree that the most transparent election in our country was that of 2002,” Raila said.

DP William Ruto had raised concerns about this proposal, saying political parties, which he compared to players, cannot be trusted with choosing a referee (IEBC officials) in a game. This, Ruto claimed, will result in unfairness.

Subscribe to watch latests videos
In this article:BBI Report,Headlines,Raila Odinga