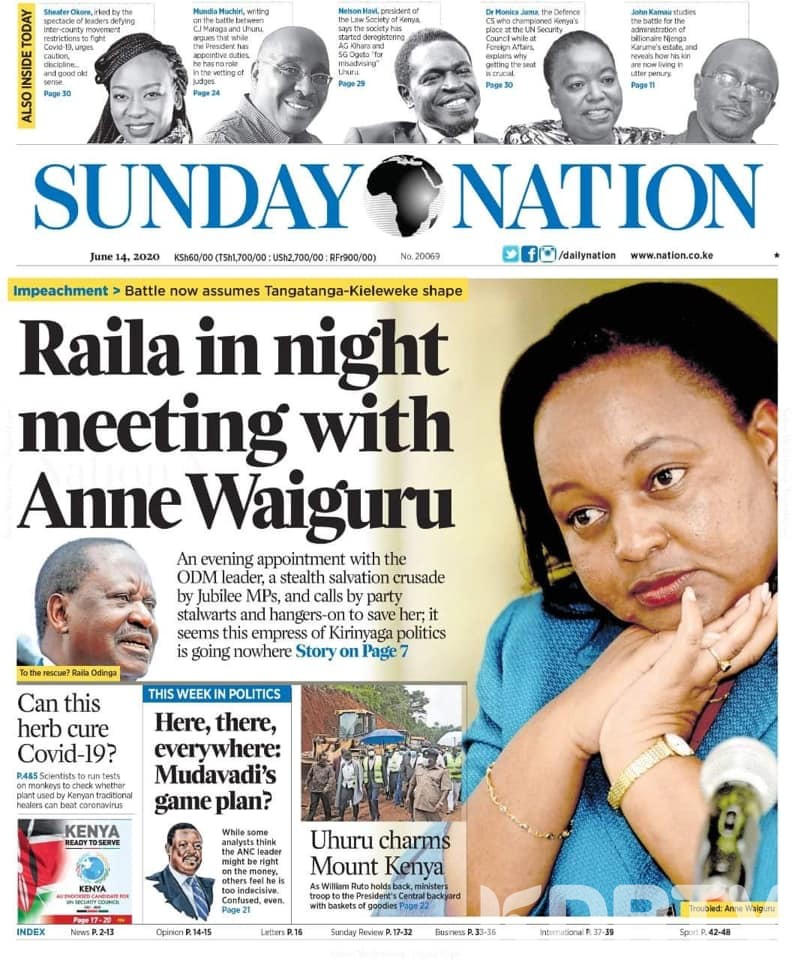 However, Raila Odinga revealed that he had a meeting with Laikipia Women Representative Hon. Catherine Waruguru in company of some members of parliament.

Raila Odinga took to social media to refute the reports and now claim that Sunday Nation owes the nation clarity on the matter.

I am deeply concerned about the false story published in the Sunday Nation today, 14th June 2020, that I held a meeting with the recently impeached Kirinyaga Governor Anne Waiguru in a bid to save career.

No such meeting with Ms. Waiguru or the other governors, James Nyoro of Kiambu and Mutahi Kahiga of Nyeri took place as reported in the Sunday Nation.

I also wish to make it clear that there does not exist any Senate Committee to investigate governor Waiguru and whose members from ODM I have instructed to save the governor as reported in the Nation Sunday.

I can however confirm that at the said evening hours on Thursday referred to in the Sunday Nation lead page one story, I had a meeting with Laikipia Women Representative Hon. Catherine Waruguru in the company of some members of Parliament. The meeting had nothing to do with the tribulations of governor Waiguru.

The matters around governor Waiguru and which the Sunday Nation purports to be analyzing and reporting on are critical with regard to strengthening Devolution and governance in Kenya. They require objective and deep reporting, based on verifiable facts, which is hard work, and not a collection of rumours and trivia from anonymous sources, which is the epitome of lazy journalism.

There can be no reason whatsoever why politicians attending a meeting of the kind described by the Sunday Nation would be unwilling to talk about. I routinely update the country on any such meetings and this would not be different if it had happened.

The Sunday Nation owes the country and the whole infrastructure of Devolution clarity on this matter. 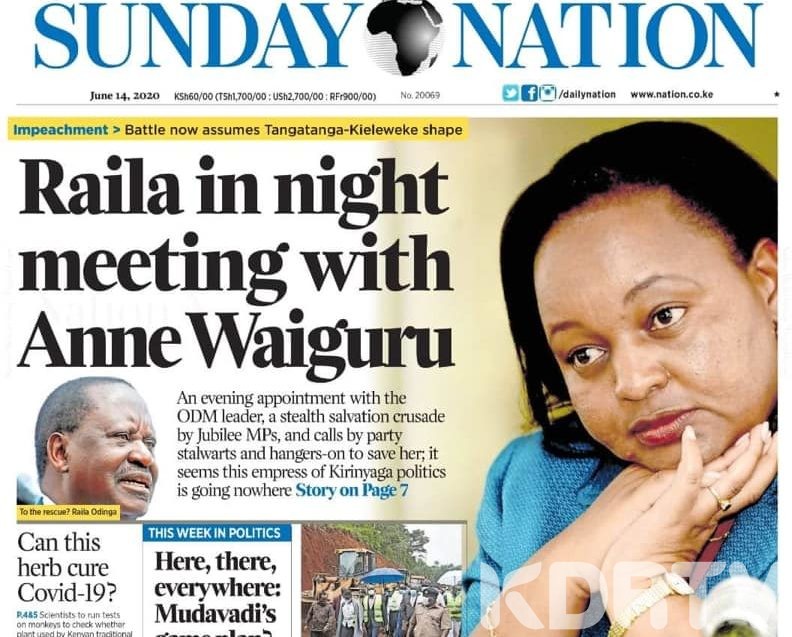