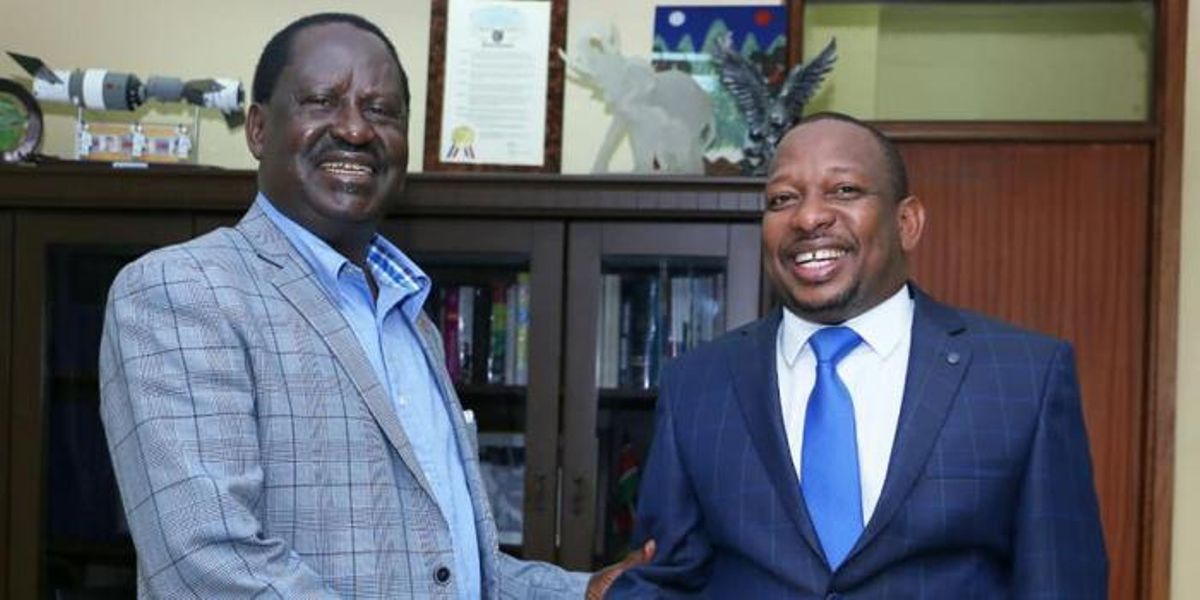 (KDRTV) – Raila Odinga’s ODM party is yet to make a statement on the incoming Nairobi Gubernatorial by-elections despite IEBC officially announcing that the elections will be held on February 18.

Ordinarily, the Orange Party would have kickstarted the process of nominating candidates for the by-election as parties are working under tight schedules.

Jubilee gave all aspirants, interested in replacing Governor Mike Sonko, just a day to submit their credentials to the National Elections Board.

Candidates have until the close of business tomorrow (Christmas Day) to submit all the required forms to the Jubilee headquarters. Considering that the invite was made only today, candidates have a very short period.

“The Jubilee Party hereby gives notice to members of the upcoming by-elections for the County Governor, Nairobi City County. Members interested in the position are required to submit their applications by the close of business tomorrow,” the party said in a statement.

The Jubilee Party hereby gives notice to members of the upcoming by-elections for the County Governor, Nairobi City County. Members interested in the position are required to submit their applications by the close of business tomorrow.@AlbertMem pic.twitter.com/hZ7PVrOq1Q

ODM is the second most popular party in Nairobi with seven out of the 17 parliamentary seats. This is a party that should not only be contesting but hoping to win a seat it lost to Jubilee in 2017.

The party’s silence on the matter could further fuel rumors that there are plans to field a joint candidate with Jubilee in Nairobi. In the proposed alliance, Jubilee will come up with the candidate while ODM will produce the running mate.

Former Dagoretti South MP Dennis Waweru is the early front-runner to get the Jubilee ticket. He had previously indicated that he would run on the handshake platform, asking to be supported by both Raila and Uhuru. It is not clear how the running mate conundrum will be solved especially if the fallout between Sonko and Polycarp Igathe played out.

But where does that leave the ODM members interested in the gubernatorial race, and who feel they have something to offer Nairobians?