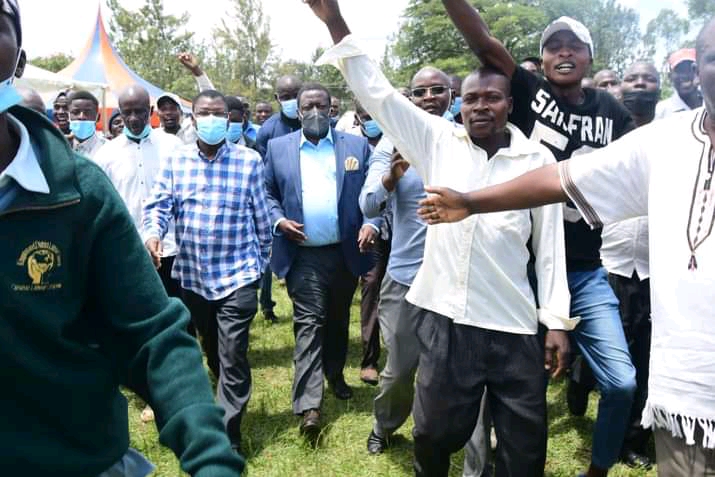 The Chungwa drummers stormed Batsotso press conference in Kakamega (concerning the Bukhungu convention) and brought the program to a halt where they threatened to engage in exchange of blows drawing the chaotic scene that forced the Patron of Batsotso Council of Elders James Amutsa to flee for safety.

According to Patron James Amutsa, Central Organization of Trade Union (COTU) Secretary General Francis Atwoli should desist from presiding over Western region mega rallies without the consent of recognized and elected leaders from Mulembe region.

“Atwoli should not speak on behalf of Luhya people. He is not our elder because nobody elected him. We shall have our own festival” James Amutsa said.

However, the charged group of ODM allied defenders disrupted the press and instructed the journalists to retrieve their apparatus as they kicked off the confrontation of leaders presiding over the press.

“What is paining me is that they are planning to group Luhyas at Bukhungu Stadium and declare Raila as our purported 2022 preferred candidate. Will you accept that?” Malala said.