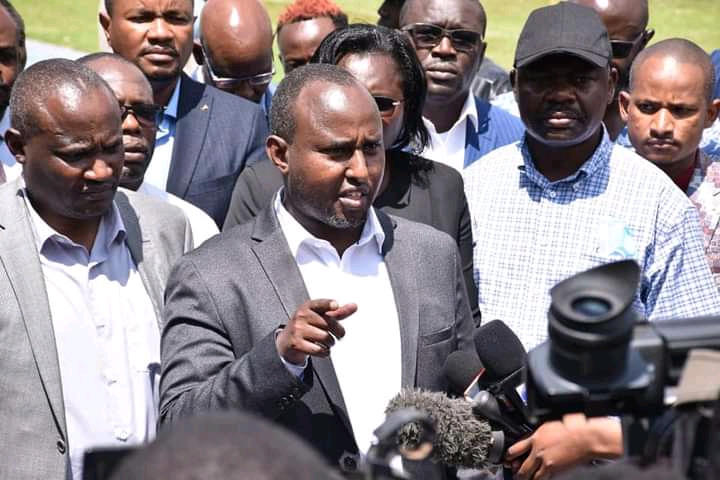 Mudavadi and Wetangula have indicated that they will not attend Central Organization of Trade Union (COTU) Secretary General Francis Atwoli citing that he (Atwoli) is not eyeing for any political office and therefore ought to desist from organizing such mega rallies on behalf of Mulembe region.

Mudavadi argued that Atwoli’s alleged intention to “impose” Raila Odinga’s presidency to Luhya people will be thwarted and quashed by One Kenya Alliance (OKA) outfit.

“As a nation, we must observe democracy. We don’t want to hear that there is a meeting where someone who is not seeking any political office comes up and says now, I want to determine who shall be your leader” he added.

Wetangula, on the other hand, denounced Atwoli’s rally alleging that he (Atwoli) is not a Luhya leader. Wetangula hinted that Luhya leaders are known and recognized and therefore Atwoli stands no chance to speak or act on behalf of Mulembe nation.

Defence Cabinet Secretary Eugene Wamalwa has finally chipped in to woo Mudavadi and Wetangula to attend Atwoli’s rally affirming that it is the only way of uniting the Mulembe people and inching to the presidency in 2022.

“To my brothers, Mudavadi and Wetang’ula, please come, let us reason together. The greatest change begins at the family table, and Bukhungu is our family reasoning table. Let’s come together and look at the future together and see which path to take,” said Wamalwa.