William Ruto’s August 9 general elections running mate Rigathi Gachagua has suggested that big corporations like Kenya Airways and Safaricom should be sold and the money given to small firms.

Speaking during an interview with Inooro TV on Tuesday May 24, Gachagua noted that small firms stand a chance if paying more taxes than few corporate entities.

“Why have major tax-paying companies like Safaricom and KQ? Just sell them and give the money to small businesses,

“Their impact will be thirty times more than from just one big corporate. So we are not chasing big corporates. We are saying that even small and medium investors be taken care of.” the Mathira MP said.

William Ruto’s 2022 running partner was trying to explain the bottom-up economic model where Kenya Kwanza alliance has vowed to apply if they gain power in August.

Many Kenyans on social media have questioned the prudence of the Kenya Kwanza running mate whose remarks have sparked considerable debate.

“Each time Ruto’s running mate-Rigathi Gachagua opens his mouth votes evaporate. Now he promises to kill Safaricom and give the money to small people as handouts if they ascend to power.” Timothy Juma noted.

“Rigathi says UDA/KK government will kill Safaricom and give the money to people to start small businesses. Doesn’t understand the critical role big taxpayers like Safaricom play in the economy?” Dikembe posed. 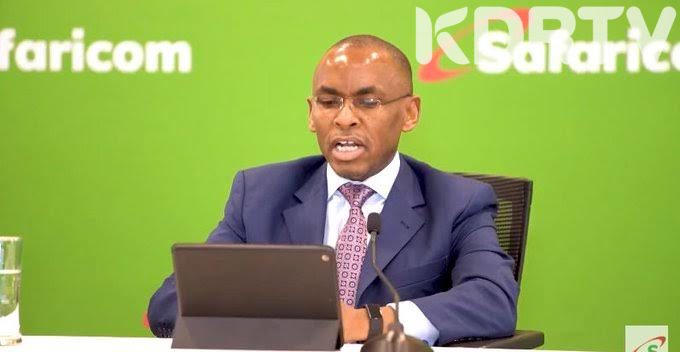 Safaricom has condemned Gachagua sentiments stating that the company is the most valuable in east Africa and has employed a number of people directly and indirectly.

Our flagship money transfer service M-PESA has, since inception in 2007, grown to reach 12 countries in Africa and three outside the continent with value of transactions in Kenya alone reaching KES 30 trillion in 2021.” Safaricom said in a statement.

Also Read: How Innocent Kenyans Are Falling For Fuliza Scammers