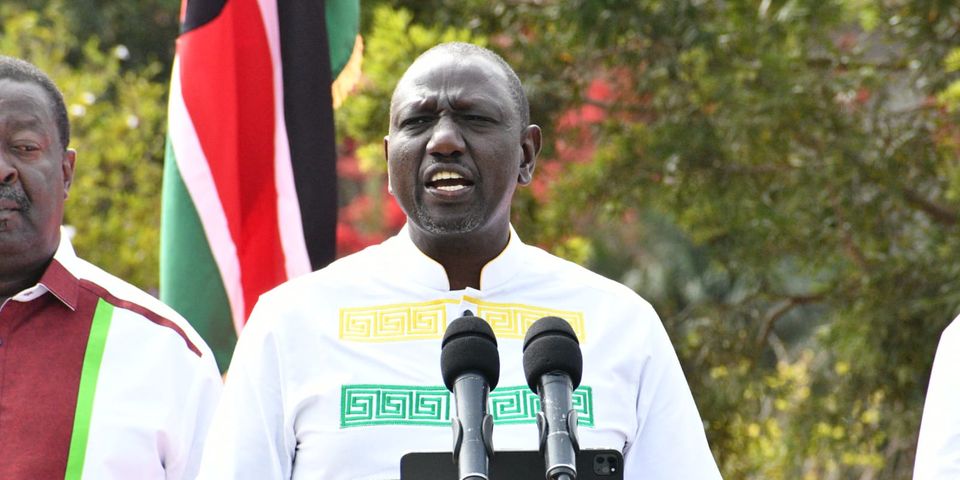 Speaking during a press conference at his Karen Home, the second in command opined that the over 22 million registered voters will triumph over any attempts by the ‘deep state’ to influence the polls.

He urged his supporters to maintain peace during and after the elections that he hailed as ‘historic since ordinary Kenyans would choose their next president”.

“This is going to be a historic election in many ways. It is an election that will confirm that it is the people that hire and fire their government. It not the system, it is not those in power, it is not the deep state,” said DP Ruto

“We are confident that we got it right that Kenya is about the 50 million Kenyans, not about three or so people. We have managed to relegate ethnicity to the back banner. It is the people, ordinary like they maybe who will decide.” He added.

He also warned the authorities against any attempts to distort Tuesday’s voting process.

Ruto pleaded with the state to enable the Independent Electoral and Boundaries Commission (IEBC) to carry out its duties without interference from the outside.

The second-in-command pledged that Kenya Kwanza will not participate in any activity that could undermine the democratic will of the voters.

“IEBC should conduct the elections without any intimidation and blackmail. We believe IEBC has men and women with ability to deliver credible election. All hands must be kept off,” He said.

Ruto is set to have rallies in Suswa, Mahi Mahiu, Nyayo Stadium before holding his last rally at Kirigiti in Kiambu County.