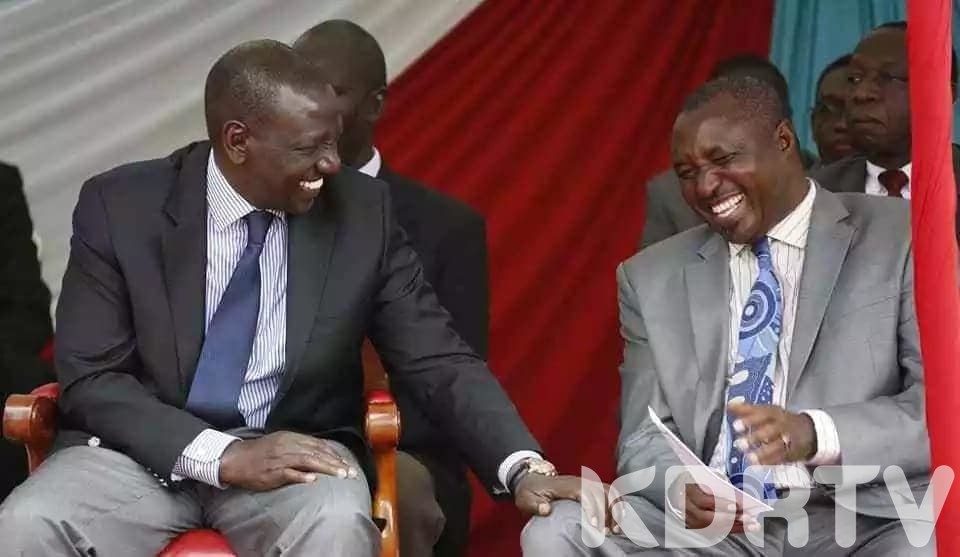 Uhuru is meeting more than 3,000 leaders from the central region, some of whom have been very critical of the handshake with ODM leader Raila Odinga. Mt Kenya is currently divided into two factions; Tanga Tanga which is aligned to Ruto and the Kieleweke team which supports the handshake.

According to sources, Ruto was set to grace an Inua Mama meeting in Nyeri on Friday but changed plans because of Uhuru’s Sagana meeting. The Inua Mama event had been organized by Nyeri Woman Rep Rahab Mukami.

“I had to shelve the meeting to go listen to the president,” the Woman Rep told a local daily when she was quizzed on the meeting.

Bahati MP Kimani Ngunjiri, who is one of Ruto’s loyal soldiers, lauded the DP for cancelling his meeting in Nyeri because protocol demands so. Ngunjiri claimed that some mischievous people in the office of the president had arranged the meeting knowing that it would clash with the Gema meeting at Sagana.

“Kuna wakora huko Office of the President (OP) who planned the event bearing in mind that another is on course. The DP has always kept off and joined the president in his function. In this one, every constituency will take 20 people and the DP is not invited,” he said.

Ngunjiri, however, clarified that there is no need to read a lot on Ruto not attending the meeting since it was not a Jubilee Party meeting. He said Mt Kenya leaders were going to get instructions.

Last weekend, Uhuru and Ruto both had to cancel their scheduled meetings in Murang’a County without giving any explanation.

The BBI report is expected to dominate the agenda of the meeting. President Kenyatta has publicly supported the need to change the constitution while Ruto’s allies have stated that Mt Kenya will not support a Parliamentary System of government. The region is also concerned with Uhuru’s dalliance with Raila.