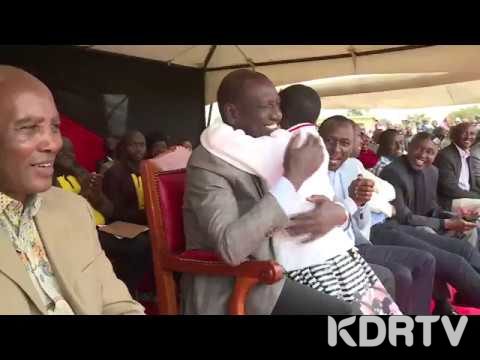 The deputy President today spoke in Kinangop, Nyandarua County, where he led a fundraiser for African Inland Churches in the company of area Governor Francis Kimemia.

Dr. Ruto said Jubilee would not tire from making Kenya better and challenged those criticizing Jubilee to put forth what they had done for Kenyans.

“You cannot engage Kenyans in petty politics from sunrise to sunset; the orientation of the country’s politics has changed to that leaning towards development,” The deputy president added.

Oljoroorok MP Muchira, advised Kenyans to ignore politicians who do not have their interest at hand. He said Jubilee leaders know where the country had come from, where it is and where they would like to take it.

“The development agenda of Jubilee has to be continued smoothly even after the 2022 elections. That is why we are backing Dr Ruto’s 2022 presidential bid,” he added.

This comes after President Kenyatta On Wednesday,  said he did not care who becomes President after him during the funeral of Rahab Muhuni, the mother of former Gatanga MP Peter Kenneth.

“It is only God who knows who will be elected and therefore time to work,” said the president.