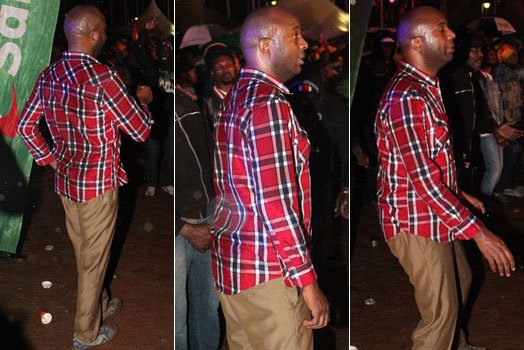 Murang’a Senator, Irungu Kang’ata, has vehemently shot down reports doing rounds on social media that he was drunk on Tuesday while addressing the senate.

It was alleged that the politician was spotted drunk at Sabina Joy, a popular brothel along Nairobi’s Moi Avenue.

On social media, Kang’ata shot down the allegations saying that they were meant to damage his name.

He further said that he has never tasted alcohol so people should stop accusing him of being drunk.

“Kieleweke bloggers – no single drop of alcohol has ever passed via my mouth. That voice insertion into my today’s Senate contribution is fake and false,” he said.

“The true question that I asked in the Senate was about Murang’a farmers’ unpaid milk delivered to the county factory.”

The rumor started when the politician logged in a live parliamentary proceeding from what appeared to be a bar contrary to the House regulations.

1. In asking about Payment owed to our farmers no effort will be spared.
2. Farmers are stressed . They supplied milk but Muranga County has NOT paid them!
3. Fake videos will not intimidate us .See real unedited video .https://t.co/xG5y4NAmxC#PayMurangaMilkFarmers pic.twitter.com/TajXI0Ev94

This forced Senate Speaker Ken Lusaka to block him from addressing as fellow politicians claimed he was in Sabina Joy.

“We can now see you, but where are you?” Lusaka posed.

“No, no, no, no, that’s not an office, Senator Kang’ata. I’m sorry, we cannot allow that, the rules are very clear on where you should be, so you are out of order,” Lusaka ruled.

If this is bottoms up economy at Sabina joe Muranga kuna Shida! pic.twitter.com/TyGVappA99

Kieleweke bloggers- no single drop of alcohol has ever passed via my mouth . That voice insertion into my today's senate contribution is fake and false.The true question that I asked in Senate was about Muranga Farmers unpaid milk delivered to County Factory. pic.twitter.com/axodip1b1r