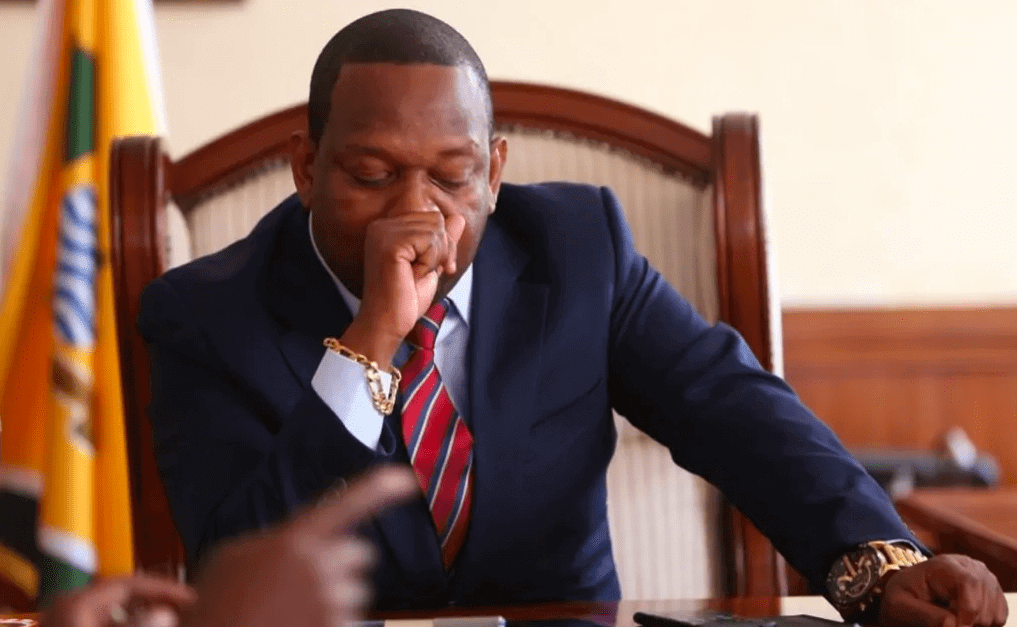 Ex Nairobi Governor Mike Mbuvi Sonko has disclosed why he chose to run for the Mombasa gubernatorial seat over Nairobi.

Speaking during an interview with KTN News the ex governor said that he opted to run in Mombasa after Wiper party leader Kalonzo Musyoka advised him to settle for Mombasa.

“All these decisions were made by my party leader. He told me there are a lot of interests in the Nairobi governor seat,” Mike Sonko stated.

Kalonzo handed over the Wiper ticket for the Mombasa governorship to Mike Sonko last week.

This was after Sonko and Kisauni MP Ali Mbogo reached an agreement.

Sonko went on to say that he had planned to run as an independent candidate in Nairobi but Kalonzo persuaded him not to.

“I really feel I  betrayed the great people of Nairobi by going to vie in Mombasa. The Nairobi people have never betrayed me since I  ventured into politics,” Sonko added.

The governor candidate stated that he has reconciled with the President, adding that they are currently in a ‘excellent’ working relationship with Uhuru.

“There are no permanent enemies in politics. Yes, I had wronged the president at one point and I abused him. But we are no longer enemies. I even met the president the other day and we had lunch in Dagoretti,” Sonko revealed.

Subscribe to watch latests videos
In this article:Governor Mike Sonko