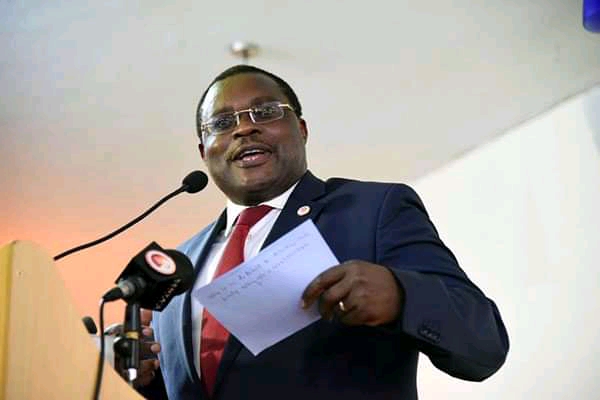 Speaker of the Senate Kenneth Lusaka has unleashed and directed the attacking bullets at Bungoma Governor Wickliffe Wangamati for allegedly cornering Bungoma electorates with unachievable development projects despite stipulating for him (Wangamati) an appropriate governance structure.

“It is regrettable that Wangamati is unable to ride on the governance structures we set. He has nothing to show, no wonder everywhere you go, people are complaining” Lusaka exposed Wangamati badly.

While revealing his prior intention to deputize a powerful and leading presidential candidate in 2022 race, Lusaka opined that he aborted the mission and settled on taking the leadership mantle of Bungoma county after an extensive and expansive consultation with various stakeholders in his axis.

He cited that he received myriad calls squaring him to unseat Governor Wangamati so that he can complete what he (Lusaka) had started when he took over as Bungoma Governor in 2013.

“I had wished to go for the running mate position with one of the leading presidential candidate in the country but when I consulted with my people, all of them said I should return here in Bungoma and complete what I had started because the county is heading to the dogs with poor leadership. That is why I opted to come back and trim the leadership” Lusaka noted.

He also urged his soldiers to remain sharpened and adamant as he was set announce his landmark declaration of political shift to unveil the party he will chart his political future. At the same time, he chest thumbed and raised ego alleging that he had connected his political network across the county and moving in an independent vehicle would still reinstate his hopeful victory.

Senate Speaker Lusaka, Orengo Got Ready Handed ‘in the act’