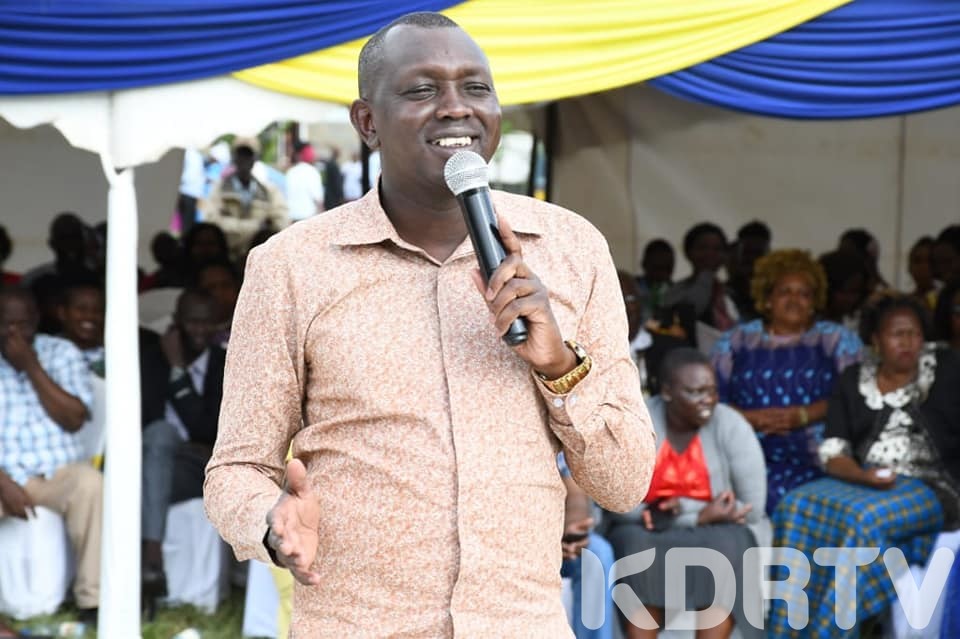 Kapseret MP Oscar Sudi has gone on an all-out attack against COTU Secretary General Francis Atwoli, accusing him of luring young women with proceeds of corruption and stealing wives from their husbands.

Speaking during a wedding of his longtime friend Andrew Kibet Komen, the firebrand politician asked Atwoli to respect his age because going after young women was not good for men who are intending to get married.

“Atwoli is the epitome of incompetence, promiscuity and corruption. As a director he’s been at the helm of NHIF, NSSF, National Bank for decades; all public institutions riddled with monumental theft, loss of public money and corruption.

“Many young people including MPs have lost spouses young enough to be grandchildren to Atwoli’s promiscuity oiled by stolen money from poor unsuspecting workers,” Sudi reiterated.


The firebrand MP, who has developed a reputation as the man with an acid tongue, claimed that Atwoli smokes a lot of bhang and that’s why he has the guts to insult leaders young enough to be his grandchildren.

Atwoli is married to KTN Journalist Mary Kilobi. He has severally defended his decision to marry the young woman, saying it was because his first wife abandoned him for politics.

“I live an open life. I was told to have a close confidant once I became old. Women are so good but once they get grandchildren they transfer the love to the little ones. Therefore, I need someone to take care of me,” Atwoli said during a church meeting on Sunday.

However, Sudi’s anger was directed at the remarks Atwoli made against DP William Ruto.

During the same function, Atwoli claimed that Ruto will not be in the same government and should stop dishing out money in churches.

“I want to tell Dr Ruto that he has no place in the next government. He should stop running around in churches and dishing out huge donations.” He said.