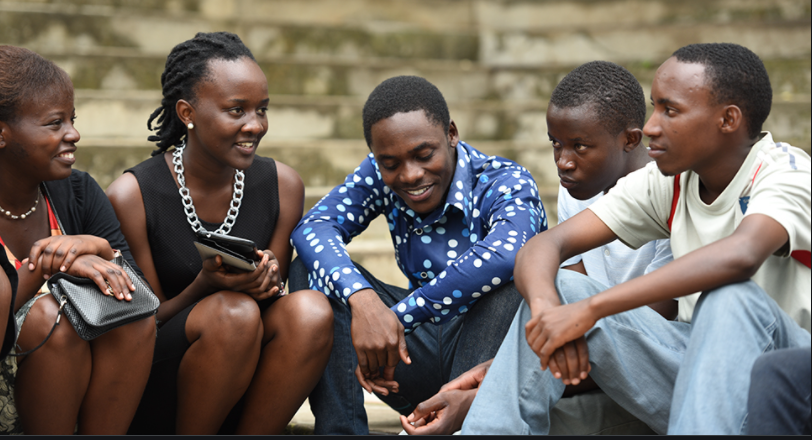 Capture
KDRTV News -There is a big voting constituency in this country that is totally misunderstood.
They were born after 1995. They were breastfeeding when Kanu and NDP merged. They were just toddlers when Kibaki was made Tosha in 2002. They have new identity cards, and so should also register to vote.
They still live with mummy. The household makes their bed. Mummy washes their underwear. They vote religiously on Big Brother Naija, American Idol, Pluto’s Next Top Model….and play Candy Crush, PS4, and Angry Birds. The bus has dropped them to and from school all their lives. Between the PS4 couch and the fridge where they jump to replenish their drained energy, there is a whole four meters of “healthy walk”.
Nyayo House to them is a building where they get their passports for those family trips to Dubai. Nyati House…what’s that, a house for buffaloes? Never heard of it.
The second liberation to these people could mean the day Beyonce forgave Jay Z after singing “Lemonade”. Teargas to them is another name for pili pili. Special Branch to them could mean the branch of a tree where most fruits grow.
They have heard briefly of Matiba, Rubia, Jaramogi, Oneko, but they can’t tell if these guys were plumbers in Papua New Guinea or Rugby players in Fiji. But of course, they know the entire Sri Lankan cricket team, as well as how the late-night Super Bowl comeback by the Patriots was planned and executed.
Then along comes the IEBC with computers near a dusty market asking mummy’s little kids to register to vote. And they are not being asked to vote for Rihana’s latest album before voting lines close at midnight, West Coast Time! No, they are being asked to vote for some guy they saw on tv, who promises to “reduce public debt, spur economic growth, ease the tax burden, initiate land reforms and work towards a balance of trade equilibrium.”
Ati?? Xaxa criasly, wharrathose? Nway, woreva boo, xoxo.
To make it worse, politicians haven’t figured out this generation. Frothing in the mouth and shouting themselves hoarse, they go to public rallies and declare “kura yako maisha yako!”.
These kids can’t understand that! Do you mean this kura might take away my PS4, my smartphone, my Sportpesa App, and the account daddy opened at Coop Bank in 2005? How is it maisha yangu? Politicians and IEBC are both trying to use the same methods they use on those of us who witnessed the great Onding’ Famine of 1984, to register kids whose hobbies are listed as “Candy Crush”.
You are selling the concept of Freedom to kids to whom the word simply means being allowed to attend a sleepover across town with friends.
Surely IEBC, before you bombard us with daily figures indicating there is a stubborn number that somehow refuses to register, you may want to start packaging voter registration and the voting process in ways that appeal to the new generation of voters to whom every message and political plan sounds Greek.
Because Daddy is paying for everything, so this new idea of yours of voting for economic freedom……itakuwa ngori buda!
By a Concerned Kenyan

Subscribe to watch latests videos
In this article:Kenyan youth