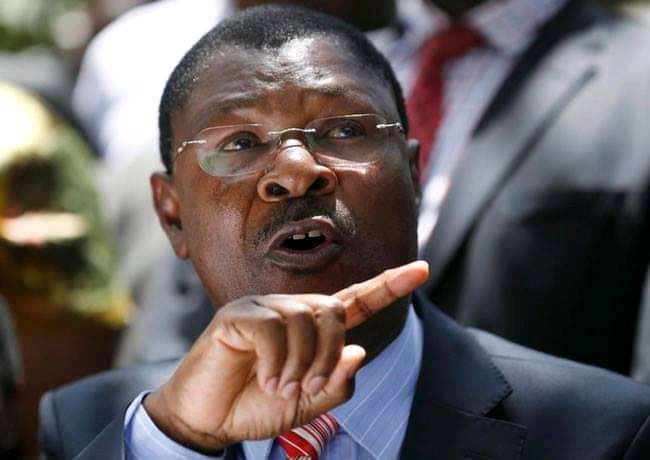 A bizarre incident has happened at Bomas of Kenya during the ongoing Ford Kenya National Delegates Conference as a man was unexpectedly shot sending fear to invited delegates.

According to the report by Lang’ata OCPD Benjamin Mwanthi, the suspect has been arrested and currently cooling heels at police custody as investigative team probe impromptu investigations into the incident.

However, Moses Wetangula had earlier own received a huge hurdle after the Political Parties Dispute Tribunal (PPDT) issued an order on Wednesday, 3rd November 2021, suspending the planned NDC meeting at Bomas of Kenya pending determination of an urgency case filed by Crispinus Barasa.

While addressing the press on Thursday morning, Wetangula dismissed aforementioned suspension orders affirming that they were hinged and propagated by his opponents (Kanduyi MP Wafula Wamunyinyi and Tongaren MP Eseli Simiyu) in Ford Kenya party.

“All legitimate Ford Kenya delegates across the country have been received the invite and are upbeat and ready to come. We want to assure that the party is strong and suited that there is only one NDC today (Thursday) at Bomas of Kenya” Wetangula said.

On the other hand, Wetangula’s rivals faction led by Hon Wamunyinyi and Hon Eseli confirmed that they had electronically received an order from PPDT suspending the two meetings until Crispinus Barasa’s case is heard on 15th November and determined.

“Arrangements for our were in high gear. We had secured and paid for the venue (Moi International Sports Centre – Kasarani). Though aggrieved by the decision, we will abide by the orders as we have previously done” Hon Eseli told the media at a hotel in Nairobi.