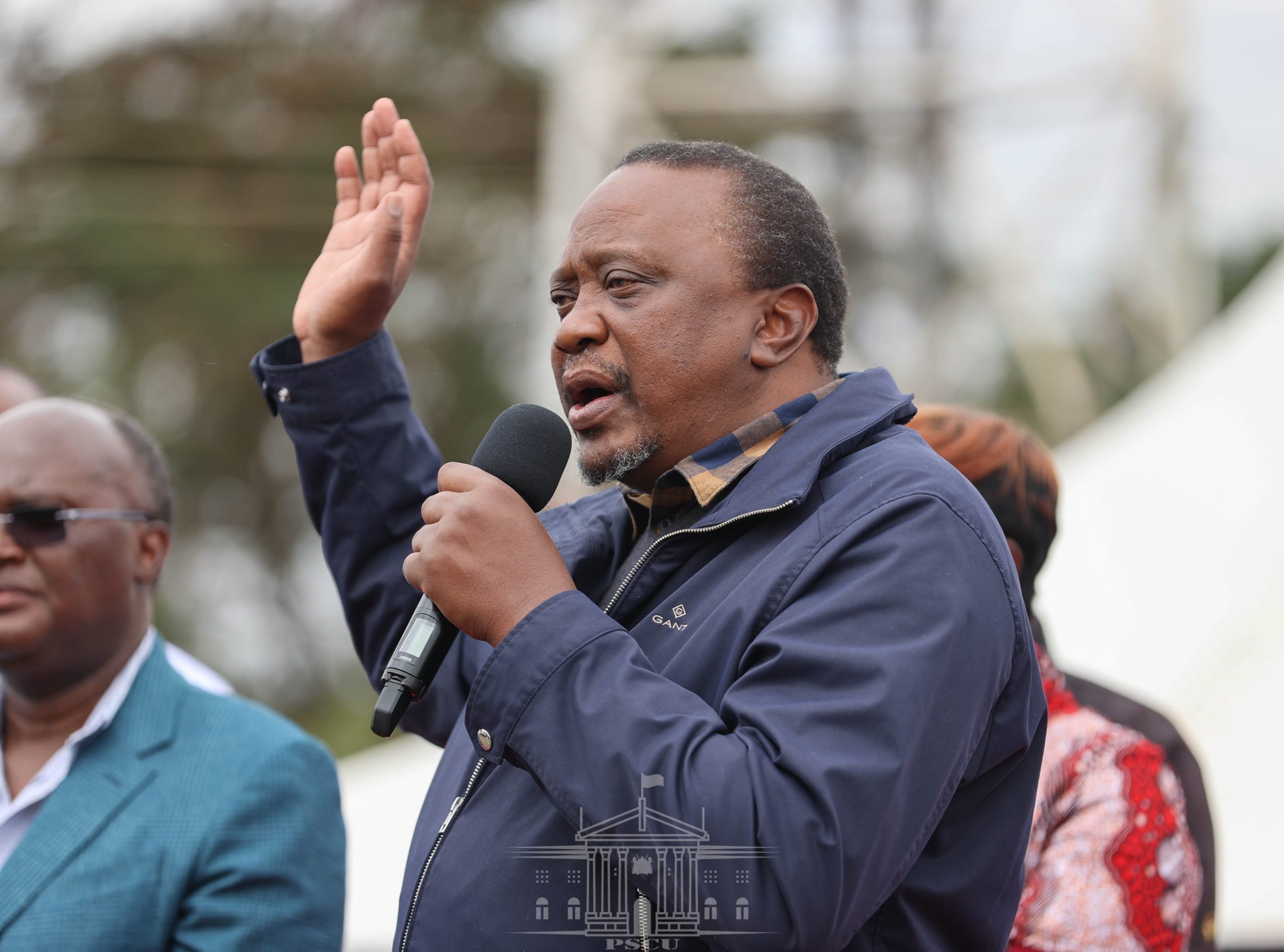 Speaking in Muranga County while commissioning projects, the head of state said that the rest of the country is aligned to the Azimio coalition saying Central Kenya risks being left out if they elect leaders aligned to Ruto’s Kenya Kwanza.

“Believe me or not, the game will be won by Raila and Martha. Ensure you elect leaders under the Azimio coalition,” Uhuru said.

The president also refuted allegations that he wants to stay in power by using the Azimio coalition.

“I have come to bid you goodbye but also to demystify the lies said about me. You were misled that I wanted to retain power through the Building Bridges Initiative (BBI). However, what we wanted was the populous Mt Kenya region to enjoy an equitable share of resources compared to areas with lower population,” Uhuru said.

The president stated that his successor should have the same level of passion for Mount Kenya concerns as he did.

He stated that infrastructure expansion will assist revitalize the local economy, with roads, energy, and water sources as top priorities.

President Kenyatta further accused his deputy William Ruto of disregarding his directions and prioritizing politics over work immediately following their reelection in 2017, resulting in a rupture.

“Some people have come here presenting themselves as saviours of this region. They tell you that I neglected you and I don’t care about you. I campaigned for some of those people telling lies about me.”

“After the election, I asked them to stop politicking but they defied me. I went quiet and chose the handshake for the sake of our country. This is why you have experienced peace and development in the last three years,” he remarked.