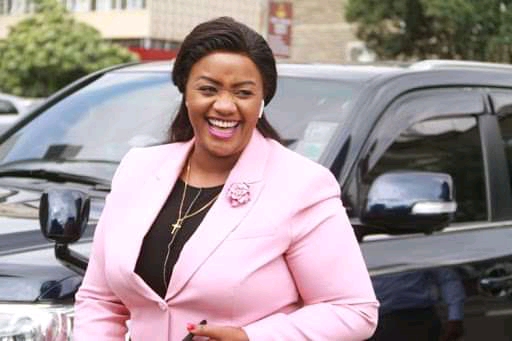 In the wake of the ongoing political shifts and emergency of bigwig waves that are pulling popular and influential politicians towards Deputy President William Ruto’s hustler nation’s faction, the bottom-up chief crusader has received a major boost in his quest to replace the head of state president Uhuru Kenyatta in 2022 race.

Having been tactfully cornered Mt Kenya region key legislators into his United Democratic Alliance (UDA) party, the second in command DP Ruto’s entourage of hustler nation message is seemingly penetrating into electorates’ hearts in the region hence dubbing a battery of lawmakers to Tangatanga axis.

Waruguru’s move to join DP Ruto’s UDA was allegedly planned two weeks ago and this has tagged streams of speculations in Uhuru’s Jubilee and DP Ruto’s Tangatanga factions. She has been president Uhuru Kenyatta’s resourceful legislator who was at the apex of defending the country’s boss from dozens of criticisms from DP Ruto’s allied legislators over betraying his deputy claims.

“We have been waiting for this day. We planned almost two weeks ago and now here it comes. Women Representative Hon Waruguru is set to officially join DP Ruto’s UDA today” Waruguru’s insider exposed.

He also informed that Waruguru is seeking to unseat Laikipia East MP who is believed to have slowed down on his political pace. ” My boss is going for Laikipia East Member of Parliament on United Democratic Alliance (UDA) and we are optimistic she wi win” he expressed confidence.