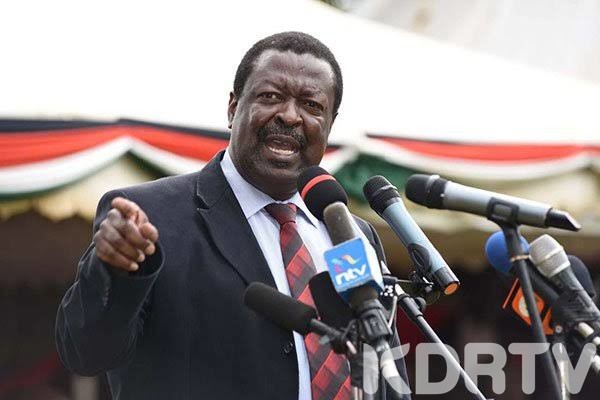 Amani National Congress (ANC) leader Musalia Mudavadi has faulted President Uhuru’s legacy, terming it as unsuccessful and full of the burden of debts.

Mudavadi made this claims during an interview with one of the media houses, not sparing opposition leader Raila Odinga who is known to be his long time and bosom friend nor the Deputy President William Ruto.

Mudavadi went ham on the two, insisting that Raila was not a saint either and has greatly changed from the man he once knew.

Ideally, the DP was faulted for his obsession with wanting to be president rather than finishing what the people elected him for.

“The president has already written his legacy and will always be remembered for overburdening tax payers with debts. Raila is not the man I once knew, he is driven by his own personal interests. The DP on the other hand is very obsessed with being President that he is doing everything to make it come true,” said Mudavadi.

Musalia who unleashed Eliud Owalo as ANC flag bearer in Kibra by elections has expressed his dissatisfaction with some of the leaders and how they are conducting the activities of the country.

According to him, none of these people is suitable to run and manage the country apart from him who will make it official come 2022.

He explained that his confidence in the BBI was dwindled as it was not a representation of the Kenya that was fought for.

He urged the leaders to take a step back to the route leading to the Bomas draft with a four tire government, national, regional, district and location levels.

“The Bomas draft is the best document that we as leaders should revisit to save on cost and the process of collecting views. As NASA leaders, we had planned to look into it before people started holding secret meetings and representing their own interests,” said Mudavadi.

Musalia did not shy away to express his interests in the top seat and give it a second try at the Presidency.

According to him, he had shelved his bid and interest twice for Raila Odinga and it was about time to put himself first and give a try at it.

“I have commenced on networking across the country and when the time comes, I will hit the road running,” said Musalia.