Deputy President William Ruto has come under intense criticism for launching an electricity connection to a structure that is not suitable to house human beings.

Ruto was on a tour of Narok County on Wednesday and witnessed the connection of the homesteads of Mzee Pesi and Mzee Kiok in Sekenani, Narok West. The project is part of the Jubilee Government’s Last Mile Connectivity Program.

Witnessed the connection of the homesteads of Mzee Kiok and Mzee Pesi to the power grid under the Last Mile Connectivity Programme at Sekenani, Narok West, Narok County. pic.twitter.com/b6NdUiYhpP

According to the DP, electricity connection improves the quality of life and closes the disparities between rural and urban communities.

“Electricity changes the quality of life in a home for everyone in the family. It brings light, connectivity and convenience. Above all, it closes the disparities between urban and rural communities,” Ruto said on his Twitter handle.

However, the state of the houses that were connected to the national grid has raised more questions than answers. Netizens believe the inhabitants need conducive housing more than they need power. 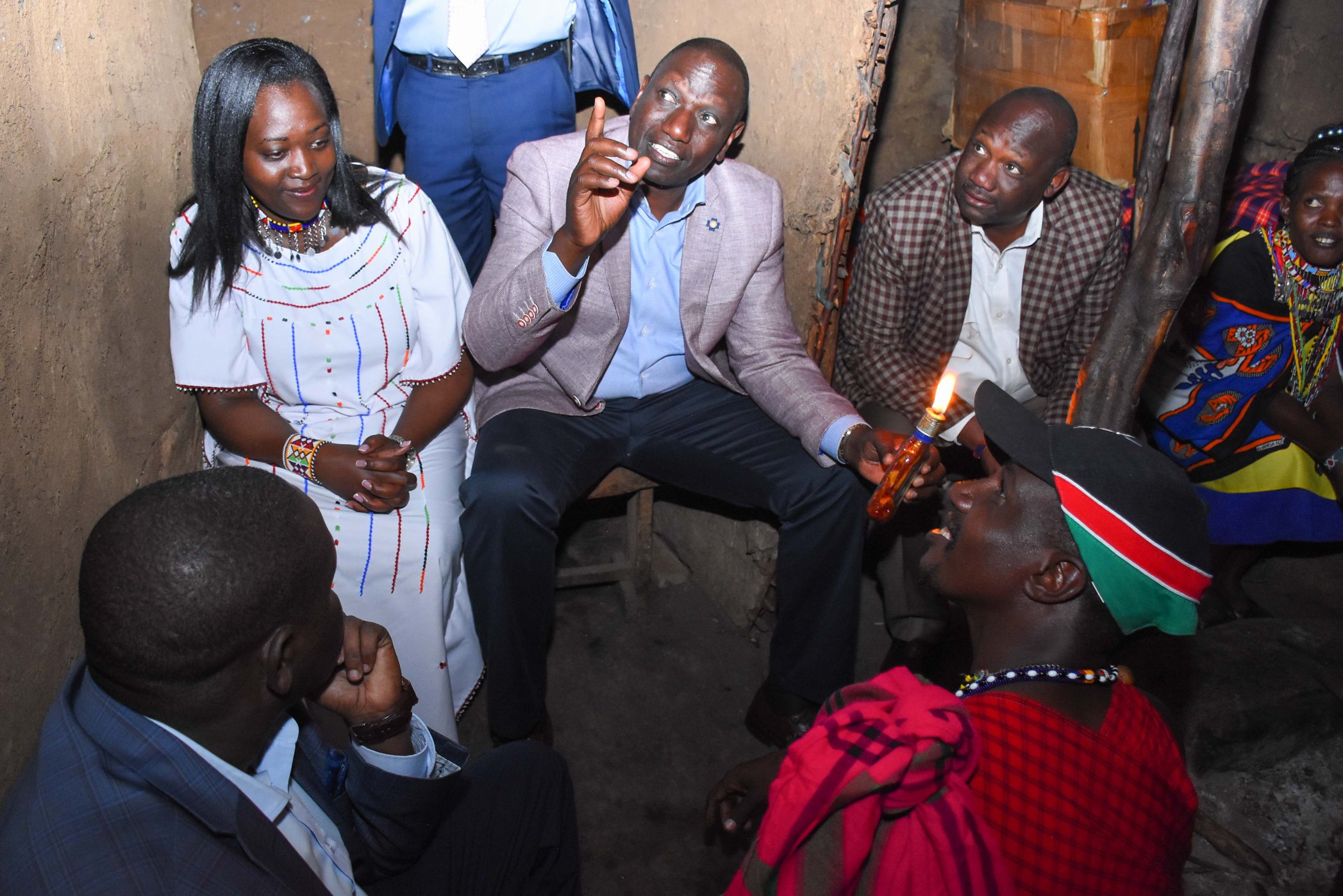 William Ruto aka Dr Kimwarer can do anything in the name of Hustlers nonsense. Political conmanship at its best.#RutoTheHypocrite pic.twitter.com/n1wOhNB7Ng

Netizens have stormed social media to criticize Ruto’s priorities. A section of Kenyans believe the money he is using to on power connections could upgrade the housing.

The huge contributions he uses in churches in the name of investing in heaven that he fears going, could well be spent to upgrade such people's life. He prefers the extremely poor so they worship him. #RutoTheHypocrite pic.twitter.com/7DWrXvTN0F

The political conman at his best. Installing electricity in places with more pressing needs#RutoTheHypocrite pic.twitter.com/wSlDYQAByu

Ruto has severally called out Raila Odinga as the Lord of Poverty, but in giving electricity to people who don’t have the access to the most basic human needs, is he becoming the new lord of poverty?

I don't know what this man is looking for , but leadership comes naturally, he is is singing that Raila is the Lord of poverty yet he visits people to hoodwink them with the mere electricity connection , people who lack even basic needs,political conmanship #RutoTheHypocrite pic.twitter.com/gZA46VuSdT

On Wednesday night, COTU Secretary General Francis Atwoli maintained his stand that Ruto will not be the next President.

More people have joined the Atwoli bandwagon after the latest development.