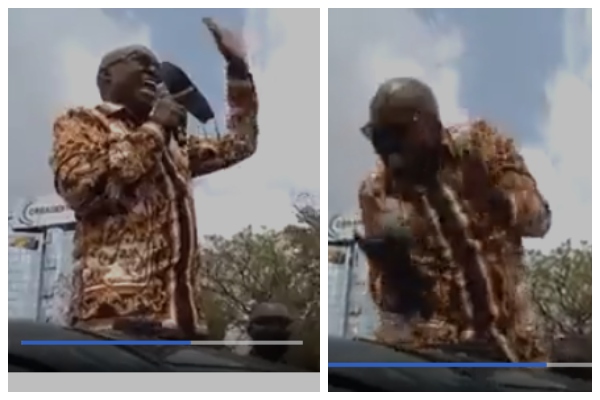 The billionaire businessman, who has expressed interest in the ODM’s ticket for the 2022 presidential race, touched down at Kisumu International Airport on Thursday morning for a tour that was to see him hold meetings with party delegates from five of the six Nyanza counties.

Wanjigi made a stopover at Maranatha Faith Assemblies Church in Migori Town to address the crowd but before he could even finish a sentence, his entourage was attacked by the locals.

Youths, who were against the meeting, started hurling chairs at the ODM officials in Migori County.

Other anti-Wanjigi youths, armed with stones, invaded the venue and began beating a section of the delegates believed to be pro-Wanjigi.

The VIOLENT- @TheODMparty – back to its ways.

Too much on Azimio la Umoja.

Right inside ODM race for Presidency, the race is decided by STONE THROWING! pic.twitter.com/ZFnzZiK30o