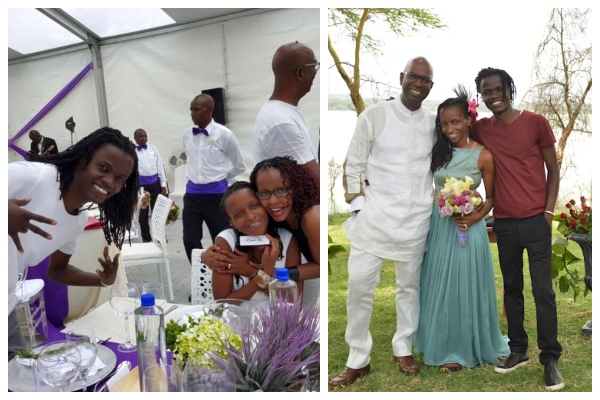 Kenyans, it seems, are not ready to forgive musician Juliani for eloping with Lilian Ng’ang’a following her breakup with Alfred Mutua.

On Friday, SDE released a one-on-one interview with Juliani where he explained how he met Nganga and why they’re so much in love.

In the interview, Juliani also opened up about his relationship with former Safaricom CEO Bob Collymore saying that he completely refused to see him while on his death bed even though they were very good friends.

“Weeks before he passed away Wambui called me and told me he was not going to make it,” said Juliani.

“I got mad and went to his place wanting to pray for him but he refused for me to see him. That messed me, I was like how would you refuse to see me? But later I understood why.”

Juliani said his last moments with the CEO were still very inspiring.

“I sat down in his living room and was talking about a project (Takabank), he went into the gym room and came with a whiteboard and made the plan himself,” he said.

“We sat for like 5 hours, spending time inside the house and around the swimming pool area. He was frail and struggling but he did not want us to see it.

“That weekend I saw him twice as it was also Wambui’s birthday. I did not think it would be the last time I saw him.”

Kenyans, who have been attacking the musician since he made his relationship with Ng’ang’a public, had some surprising reasons why Bob avoided Juliani and forfeit his only chance to say goodbye to his friend.

A section of Kenyans actually believes Bob said “no” so that Juliani would stay away from his wife.