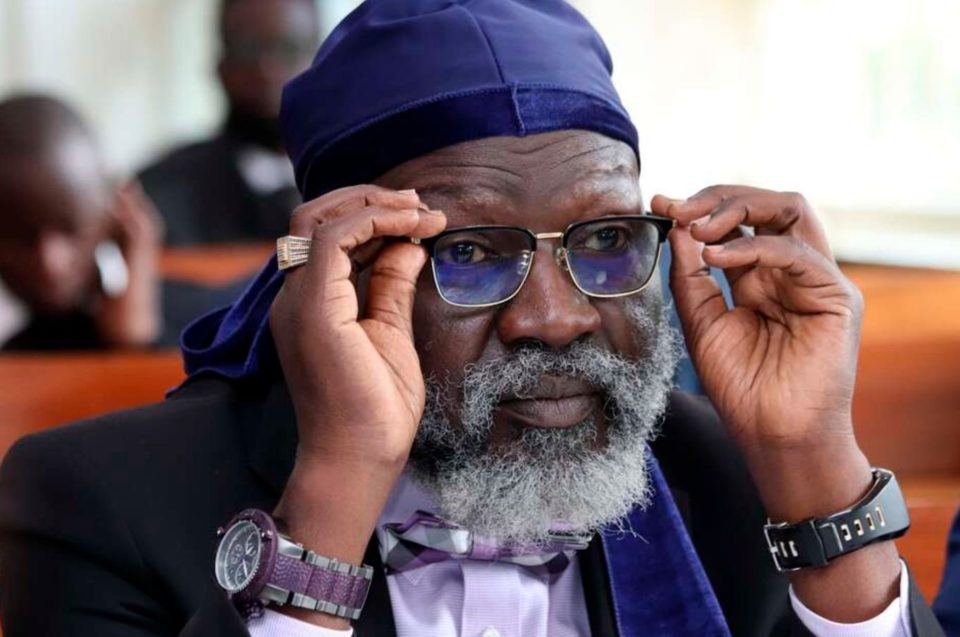 Presidential aspirant Professor George Wajackoyah has sensationally claimed that he was offered Sh200 million to drop his presidential bid.

Speaking at the Paris lounge in Roysambu, in a video that has gone viral, Prof. Wajackoyah claimed that the funds were provided by those who wanted to keep him out of the running in August because they feared that, with less than a month to the elections, his candidacy was garnering support from the general public. He however, did not disclose who made the offer or when it was made.

“Recently they came to my place and said that this Wajackoya, why don’t we just pay him Sh200 million so that he can drop his bid.”

“I looked at them and told them that I am the most learned man in Africa and I cannot be compromised. I have worked in higher places like United Kingdom and I cannot betray the trust of the people,” Prof Wajackoya said.

In the video, the leader of the Roots Party also threatened to mobilize his supporters to vote out Raila Odinga and Deputy President William Ruto in the August elections.

He charged the two with contributing to the crisis the nation is currently experiencing, where the cost of living has increased and many young people are unemployed after finishing school.

He said that his administration will, among other things, work to make society more egalitarian and make amends for past wrongs, especially historical land injustices.

“I want to tell Raila and Ruto that I am Kenyan just like them. They should all go home with the president in August. They are the ones responsible for the mess we are currently witnessing in the country. They should not despise others and treat them as lesser beings. I want to tell them that I will win this vote by 65 per cent,” he said.

Also Read: Why Wajackoyah Could Force Ruto & Raila into a Run-Off