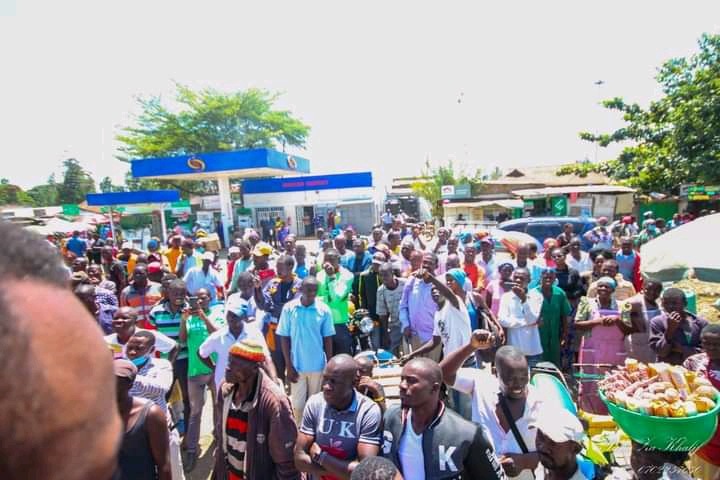 Speaking during the a grand stopover at Ahero market, Hon Ruth Ambogo who is also eyeing to unseat Vihiga Women Representative Hon Beatrice Adagala in 2022 resolved that Raila’s Azimio la Umoja agenda that seeks unite Kenyans under the basket of resuscitating the ailing country’s economy through equitable resource distribution across the regions.

“Azimio la Umoja’s forays are the only agenda that will see Kenyans realize the fruits of their taxes. We are destined at forming one Kenya through unity devolution. Don’t be hoodwinked by the ongoing notion of wheelbarrow which is unachievable in all capacities” Ruth Ambogo said.

On the same campaign trail, Deputy President William Ruto’s allies have delivered an early warning to the head of state president Uhuru Kenyatta to shun away from secretly influencing Raila’s bad in attempts of countering DP Ruto ahead of 2022.

“We respect the president so much and we beg him to respect us too by doing the honest thing and quit active politics once his last term lapses. If he continues to push to the wall, we shall react and it might be catastrophic” Aden Duale said.

Kikuyu MP also argued that since the Jubilee party is technically wobbling on its deathbed, it would be a respectable order for president Uhuru to endorse DP Ruto in respect to 2013 agreement (Uhuruto).