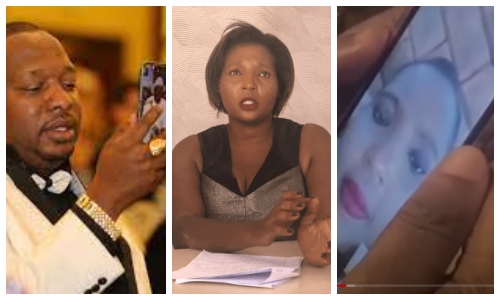 A video leaked by Former Nairobi Governor Mike Sonko showing a woman exposing her private parts in a phone call is currently trending on social media.

Merry Nkatha, a former banker, is seen conversing with Sonko in the video telling him how the Nairobi County Government is plotting against him.

The two talk for a while before Sonko, who is drinking Hennessy in the video while being recorded, asks Nkatha to show him her boobs.

The woman gladly flashes her boobs to him during the phone call. Sonko leaked the video yesterday night in an effort to expose top judges in graft allegations. 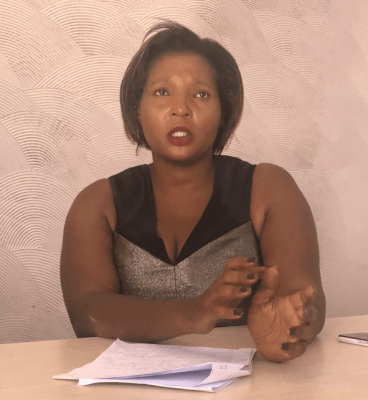 Following the shocking expose, Nkatha claimed that Sonko’s men kidnapped her and forced her to play along in the video.

According to the woman, heavily armed men kidnapped her and gave her a written script, which she would use in response to Sonko’s call.

In the video leakage, Nkatha was heard identifying herself as a National intelligence service officer.

”They ordered me to read what was written on paper when responding to Sonko’s call at gunpoint,” Nkatha said while in Police in Karen.

The former banker is now seeking protection from the police, claiming that her life is in danger following the ongoing feud between her and the people involved.