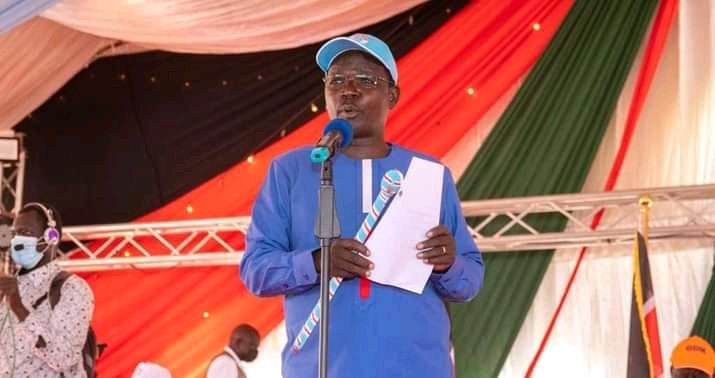 Lonyangapuo lamented that being associated with the Kalenjin Community has blocked many development projects’ entry points to the ground people and this has raised the need to step up and stand on their own to increase the bargaining powers with presidential aspirants.

“The Pokot community is asking for their own community code. The Pokot wants to have their identification code and that they should not be lammed as Kalenjins. We have been sidelined for years. If Samburus and the Massais are recognised separately yet they are the Maa Community why not us?” Governor Lonyangapuo stated.

He demanded that the ODM supremo Raila Odinga ought to put into consideration of reinforcing addition two constituencies, five wards and prompt compensation of streams of injustices to the great people of West Pokot.

He toughly warned electorates to shun away politicians who awaken their political spirits by making unachievable and fake promises at the expense of advancing their field of politics in the efforts of grabbing power in 2022.

“Don’t be hoodwinked by politicians who come here to make fake promises and when you vote for them, they disappear only to emerge again during the election period” Lonyangapuo added.