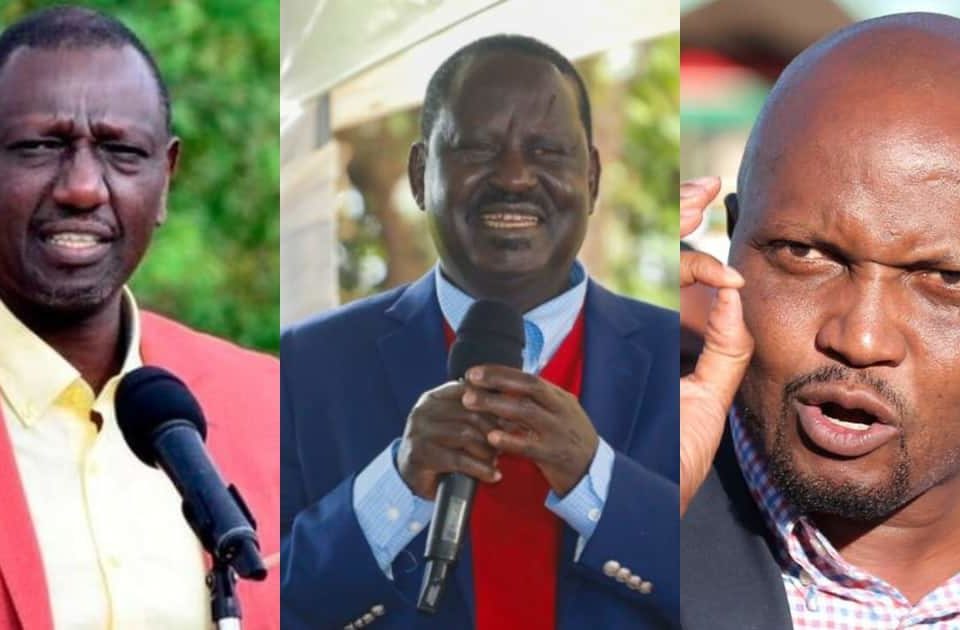 Moses Kuria has in recent days sparked confusion and skepticism about his political objectives ahead of his grand reception rally next month.

The Gatundu South MP is set to hold a prayer rally at Thika Stadium on February 19 while he recovers from third-degree burns sustained after his Sh250,000 electric blanket caught fire and scorched his feet.

Kuria is anticipated to announce his political ambitions on the August 9 general elections, especially after announcing last year that he would not seek any public office this year.

Kuria, who is also the leader of Chama Cha Kazi, has been torn between supporting Deputy President William Ruto’s hustler movement and opposing it.

The MP has been dishing out political optics, prompting rumors that he is warming up to ODM leader Raila Odinga’s Azimio la Umoja.

The Gatundu South MP on Monday took to Facebook, where he took a jab at Ruto over his resistance to embrace small political parties.

During the recent UDA mega rally in Eldoret where ‘madoadoa’ remarks were made by Meru senator Mithika Linturi, Kuria also wrote a harsh political salvo which was aimed at the UDA camp.

On January 16, the MP again sent mixed signals in what is seen as supporting ODM leader Raila Odinga if he rallies his allies to pass legislation that will see counties have more money.