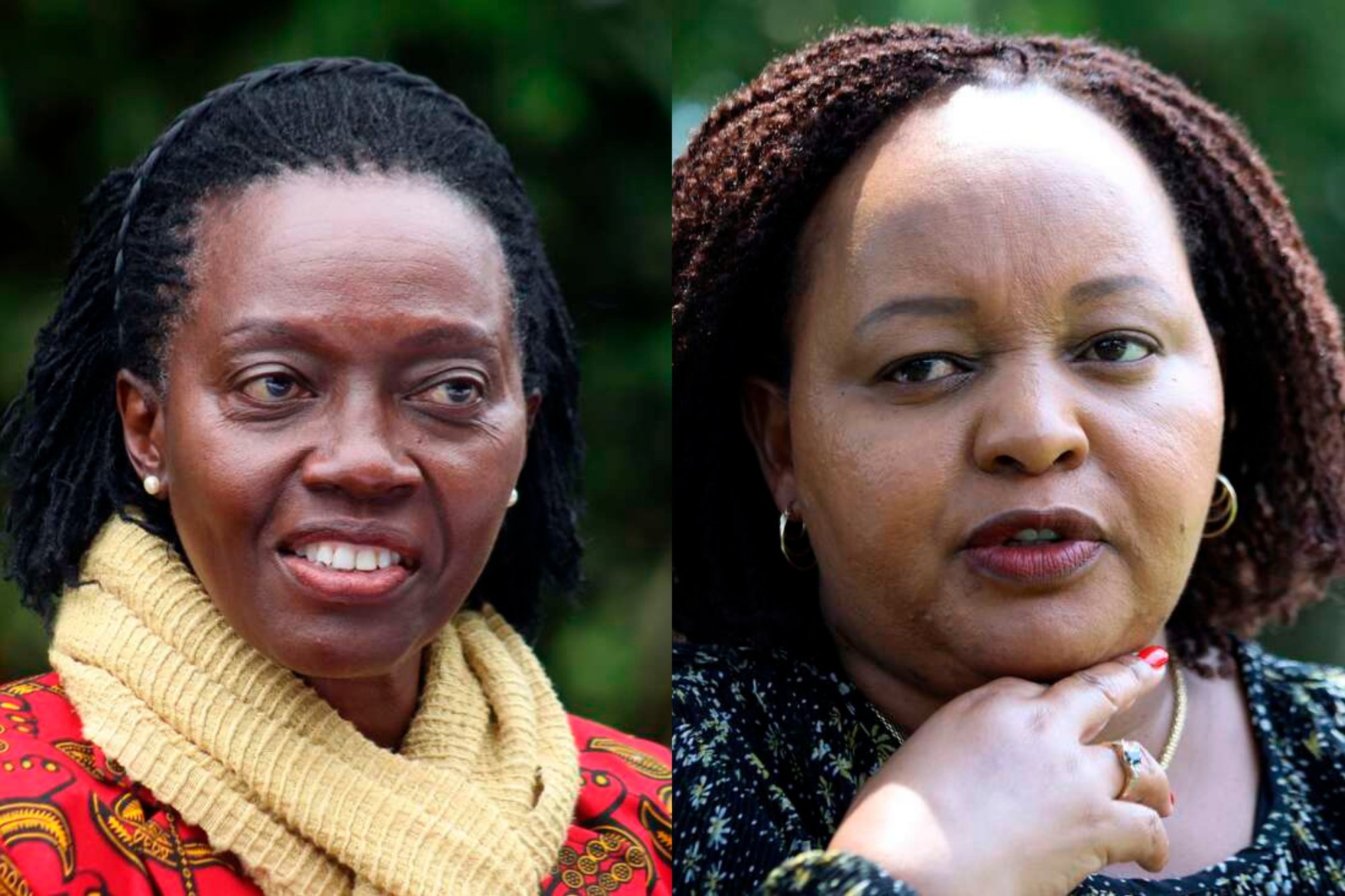 With less than 9 days before the IEBC deadline on choosing running mates. A section of Kenyans are championing for female politicians to be given the running mate role.

Anne Waiguru and Martha Karua, who fought furiously for the governorship of Kirinyaga in 2017, which the former Cs controversially won, have been forced into the national spotlight.

Karua tried unsuccessfully to have Waiguru’s election overturned all the way to the Supreme Court, so she went to the East African Court of Justice, where she won a $25, 000 compensation after judges found that she was not given a fair hearing.

The two are prepared to fight again, but only if they don’t succeed in their pursuit for a bigger prize: being chosen as running mates for the most powerful presidential candidates.

And if Waiguru and Karua are successful in convincing presidential hopefuls William Ruto and Raila Odinga to choose them as their running mates, Kenya will have its first female deputy president following the August General Election.

According to a recent poll by Trends and Insights for Africa (Tifa) ,it found out that 78 per cent of those interviewed believe the country should have a female Deputy President.

Martha Karua, Anne Waiguru, and  Charity Ngilu were the poll’s top three choices, with 44% of young people preferring that Dr Ruto’s presidential ticket include a woman, while 29% believe Mr Odinga should have a female running mate from the Mt Kenya region.