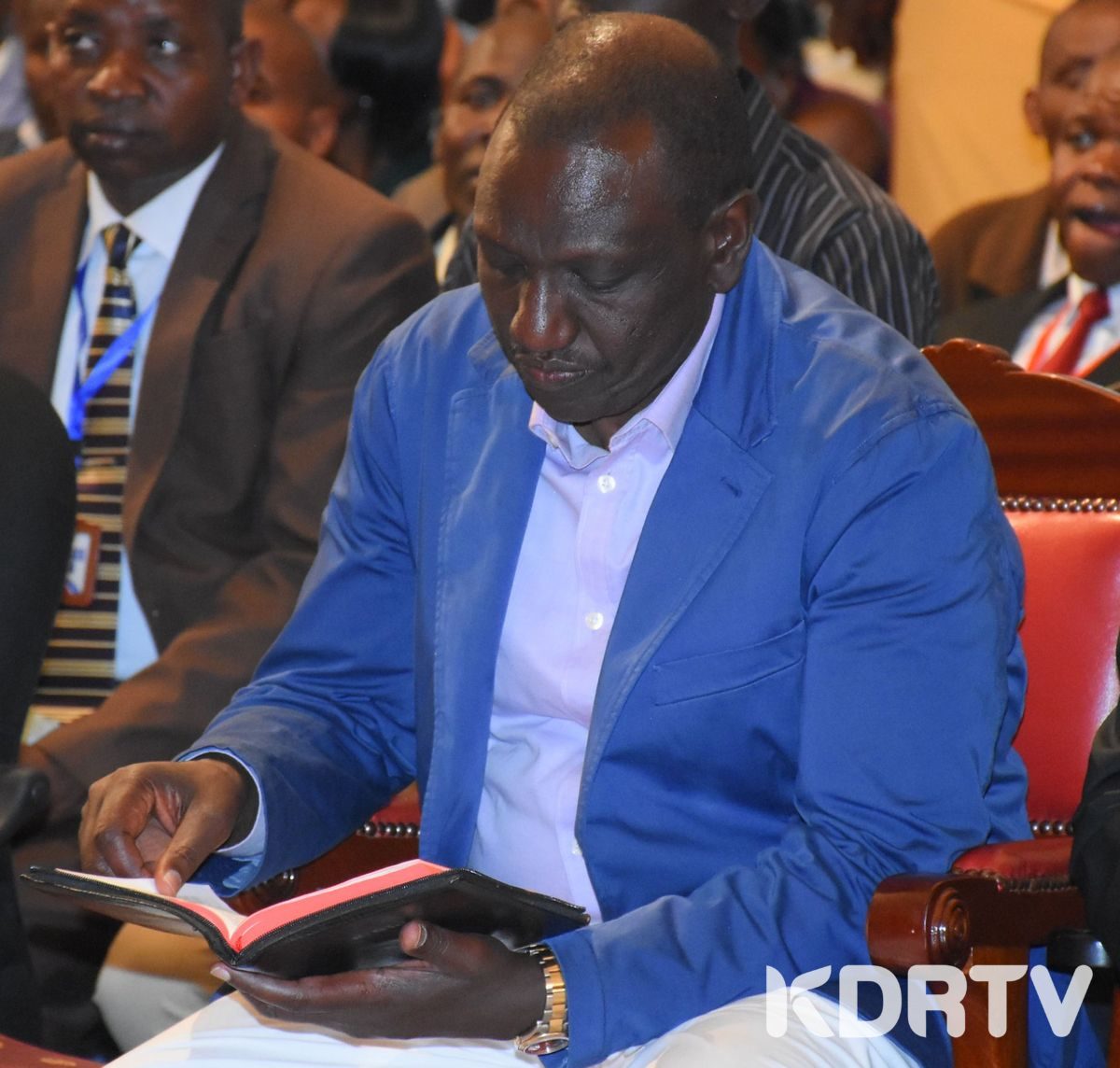 The Kenyan Deputy President William Ruto had dared his boss President Uhuru and told him that he’s ready for any eventuality even if it means death because it seems there are fishy plans to either finish him or cut him to size.

While speaking in Chemasis in Nakuru County, during the burial of Sergent Kenei, who was mysteriously killed in his house but was working in the DP’s office,  Dr. Ruto told off President Uhuru and told him that he’s not going to sit down and watch as evil plans are leveled against him, Kenya is not for a few individuals and no amount of threats and political schemes will make him get scared.

This was the first time The Deputy President  spoke over intimidation his lieutenants were undergoing in President Uhuru Kenyatta’s political schemes to cut him to size but the Deputy president vowed to continue his agenda of uniting Kenyans.

“The only way they can silence me is if they kill me but I’m ready to fight and defend my rights” Ruto told the congregation at Chemasis, in Nakuru county.

Dr.William Ruto has told President Kenyatta to face him directly and challenge him rather than intimidating his supporters in Parliament and outside of Parliament which seems to be cowardly in nature

The Deputy President has claimed that he knows all that has been planned against him in the near future and will not relent to do his job because he was elected to serve Kenyans and won’t allow anyone to threaten or intimidate him.