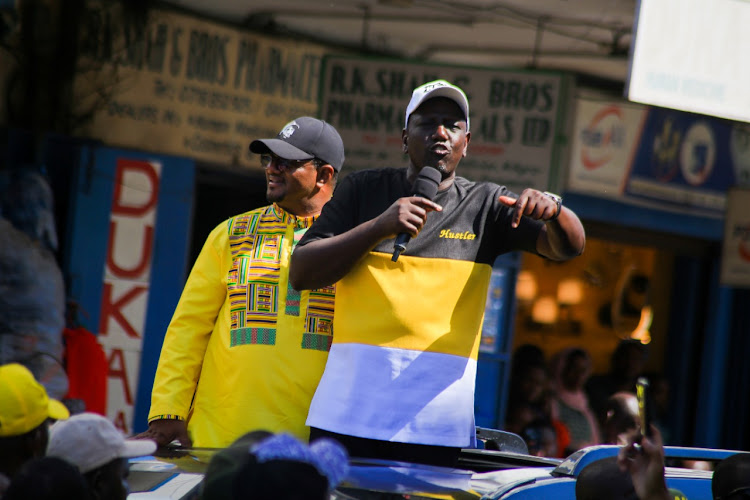 Deputy President William Ruto has promised to convert Helb loans into grants should he become president in the August 9 general elections.

The second in command who was speaking in Kitui County vowed to make sure that the life’s of comrades are easy.

In a move to entice students to embrace Kenya Kwanza Alliance, Ruto said that he will increase funding to students should he defeat ODM leader Raila Odinga in August.

“There will be no interest on the Helb loans. We will also make sure that Helb money becomes a grant and not a loan. Secondly, the amount of money students get is too small. It is supposed to be added so that comrades can sort their expenses,” William Ruto said.

He further assured the university students that the funds will be released on time.

“The loan delays so much that things become unbearable. The funds are released when things are out of hands,” he added.

William Ruto’s promise comes at a time when a number of former students have defaulted to pay Helb loans over lack of jobs and low cash flow in the country.

According to Helb’s latest data, loan accounts in default have climbed from 106,443 in December 2020, with unpaid loans totaling KSh10.9 billion.

This shows the difficulties faced by beneficiaries who were making repayments based on their pay stubs or business cash flow for those who were self-employed.