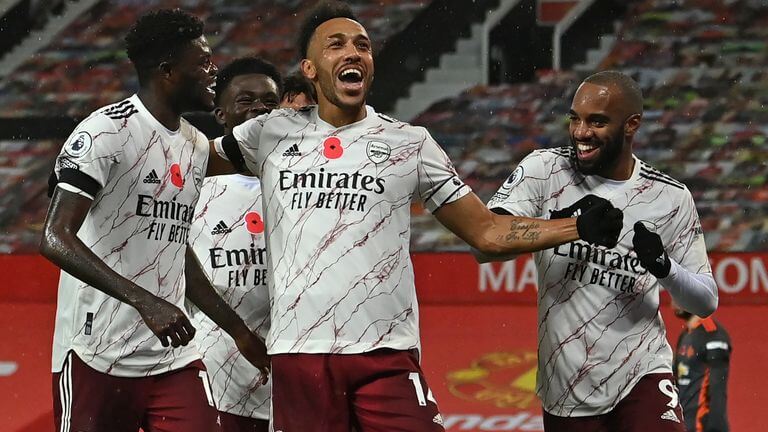 (KDRTV)-Arsenal has beaten Manchester United at Old Trafford for the first time since 2006.

Manchester United`s Paul Pogba brought down in the box Arsenal Bellerin inside the box.

Aubameyang took the penalty and scored for Arsenal, making them ahead of Manchester United in the second half.

That was Aubameyang`s first goal since the opening of the Premier League.

In the fierce match, there were substations done in the first half of the match.

Despite the massive efforts made by Manchester United to equalize in the second half, Arsenal side managed to contain them.

While Arsenal has moved to position 8, Manchester United is now at position 15.

The following is the standing of the EPL table when points are considered.