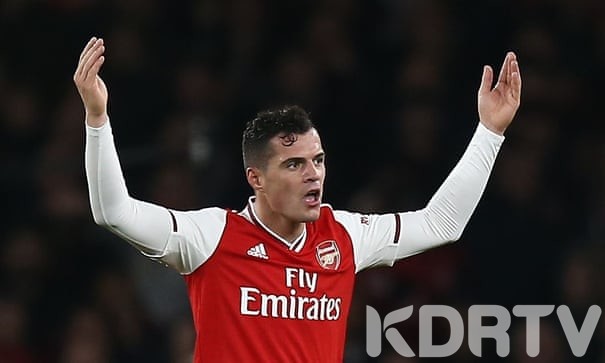 Arsenal has offered to initiate counselling to the club’s captain Granit Xhaka after he was involved in an altercation with fans just after the Sunday match.

On Sunday October 27, Arsenal played against Crystal Palace where they finished on a draw, 2-2.

While getting off the pitch, the midfielder was booed by fans in what was witnessed to be dislike and disappointment over the match.

Xhaka was seen covering his ears with his hands and walked hastily past the teams coach Emery looking very devastated.

“Xhaka is very devastated, upset and very sad. He feels like the supporters do not like him. It is not only in regards to the match yesterday and today,” said Emery.

The manager, Emery ideally stated that although his behavior during training was perfect, he should apologize to the fans as his actions were wrong.

“He is now very down and we need to support him. My ideal future is to watch again Xhaka playing and every supporter supporting him. I don’t know if I can or will achieve it but this is my ideal. Also for him it’s the same but also I think we need now to be calm step by step so we can progress,” said Emery during an interview on Tuesday.

The Gunners have been disappointed  by the club lately and although ranked position five in the premier league, the club has encumbered challenges that have drawn its performance down.

However, the coach and management is hopeful that with constant training and encouragement, the team will reach its potential by the end of the season.