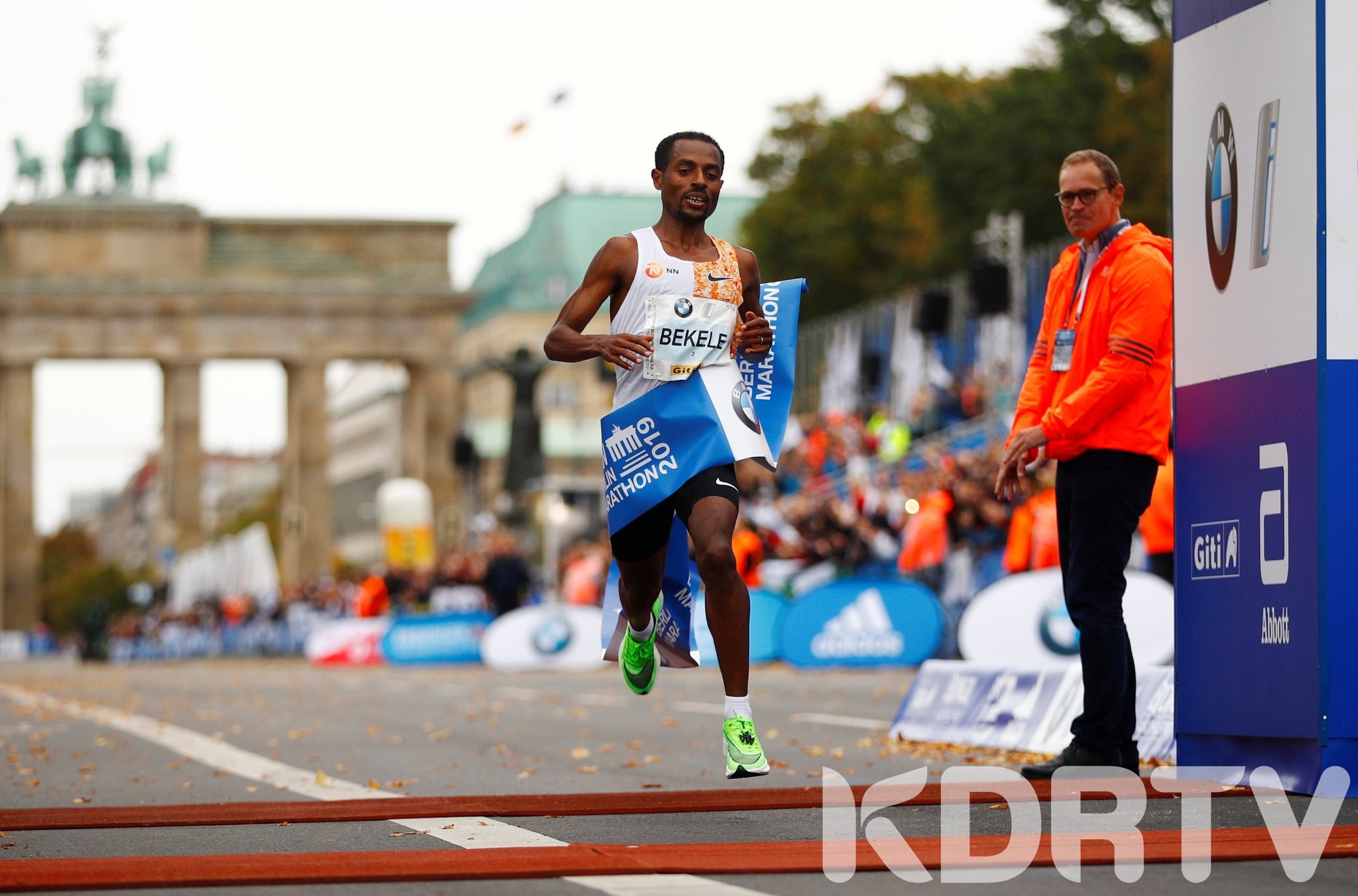 Ethiopian Kenenisa Bekele has triumphed in the Berlin marathon, putting his country on the map with only two seconds short of the world record.

He has however been ranked the second fastest athlete to finish the marathon, after Kipchoge.

The race started heavily with a line up including Birhanu Legese, Sisay Lemma, Mare Dibaba and Gladys Cherono  who opted out at 32km due to an injury.

Bekele was lagging behind  but managed to get the best comeback in history, coming out first and sniffing the world record.

In 2016, Bekele won the Berlin Marathon with Kenya taking over the 2018 marathon by Eliud Kipchoge.

However, Kipchoge was not present in today marathon since he had sought out to pave way for preparations for a marathon in Viena.

This is a major win for Ethiopia coming at a time when the country is facing hardships, including maritime wrangles with Kenya.

Kenya has been globally known for its athletics championships, with Kipchoge breaking the world records among other runners who have completed and won gold and silver.

Although Kenya’s Gladys Cherono was forced to leave the race due to an injury, her participation is a plus and ideally counts among other athletes.

The Marathon commenced on Sunday 29, in Berlin where it started and finished near the city’s Brandenburg Gate.