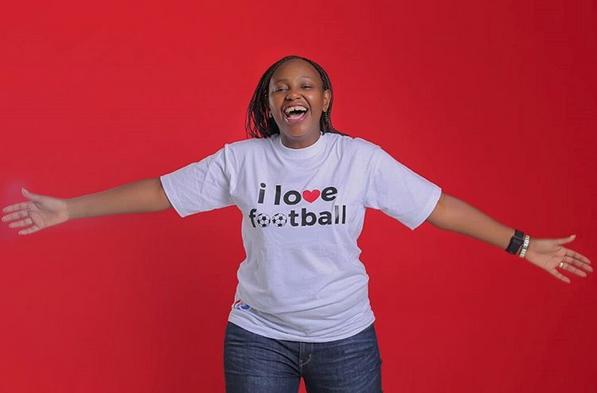 Former Kiss 100 FM presenter Carol Radul, while speaking to Churchill on NTV, narrated how her high school teachers once believed she’ll amount to nothing in life.

The top radio host narrated how she spent her childhood in Botswana where her father was working as a mining engineer but relocated to Kenya after he retired.

In Kenya, she went to Kenya High where she was labeled a failure from the word go.

“I eventually landed at Kenya High School where I was voted by the teachers as the most likely to fail in life,” Radull said laughing off the incident.

READ ALSO: KEG: 2022 Presidential Debate To Be Held In July

She confessed that moving to Kenya to the 8-4-4 system from the South African one she was accustomed to was a headache for her.

“I hated school and couldn’t wait to finish,” the celebrated journalist said describing herself as ‘not a fan of school’.

Surprisingly, the school would reach out to her 20 years later requesting that she join the Board of Management.

“Those teachers have since gone, I don’t know why they had those informal votes because it was in very bad taste,” she told Churchill.

The interview comes after the journalist left Radio Africa Group after 21 years.

Taking to social media in a long post, Radull made the announcement while reflecting on her past years at the media house.

“Saturday, July 31, marks the end of a 21-year relationship. I joined the Radio Africa Group on the 8th of Aug 2000 as a news reporter and was soon promoted to be the head of News at Kiss 100.

“While I respect all the opportunities I got at Radio Africa; most of them management opportunities; I never believed I was designed to push papers and write reports,” she stated.